Love in a time of gender fluidity

Oscar nominee, A Fantastic Woman, takes us to Chile where a transgender woman finds herself in conflict with her dead lover’s family. 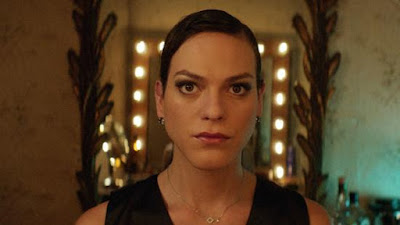 A Fantastic Woman tells the story of the war between a transgender woman and the family of her deceased lover, heightening its emotional impact with a magnetic performance from Daniela Vega as Marina, a trans waitress whose creative side emerges when she sings in the cabarets of her hometown, Santiago, Chile.

Nominated for an Oscar in the best foreign language film category, A Fantastic Woman opens as if it’s going to be a traditional rom-com. Marina and Orlando (Francisco Reyes) seem like an ideal couple. They enjoy each other’s company and share a sexual attraction. The two are out for an evening. They’re celebrating Marina's birthday and preparing for a romantic vacation trip.

It’s at that point that director Sebastian Lelio pulls the rug out from under Marina — and us. On the eve of their trip, Orlando dies of an aneurysm.

From that point on, the movie presents Marina with a twofold challenge: She struggles to gain a measure of acceptance from Orlando’s family while fending off constant assaults on her identity as a woman.

Informed by routine bigotry, the police question Marina about whether she may have been complicit in the 57-year-old Orlando’s death. Suspicions also are raised that Marina may have been out to bilk an older man. A detective wants to know if she was paid to have sex with Orlando.

Only Orlando’s older brother (Luis Gnecco) tries to be a little sympathetic to Marina’s position.

The conflicts in A Fantastic Woman are distinctly (if not distinctively) drawn. And there’s little question about where Lelio (Gloria) expects our sympathies to lie.

As for the second matter — how a transgender woman is perceived — the film proves more interesting, involving Marina in a variety of confrontations that strike at the core of her being.

At one point, Orlando’s son tells Maria, “I don’t know what you are.”

She says that she’s the same as him — human.

I suppose that's the challenge that Lelio presents to an audience, to see Marina simply as human -- and perhaps to realize that the real questions that torment Marina's antagonists only can be addressed by the now unavailable Orlando. Did his family really know him at all?

A singer and model by trade, Vega gives a performance that encompasses both Marina's ferocity and vulnerability. She ably advances the movie’s best instincts, those that celebrate a spirited woman whose only aim is to have the legitimacy of her grief recognized and respected.