It's time to focus on short films again.

This week, shorts in all Oscar-nominated categories (live action, animation, and documentaries) will be available for viewing at a variety of outlets around the nation.

My impression: Taken as a whole, the nominees aren't quite as strong as they've been in previous years, but that doesn't mean that you won't find stimulating fare in all categories. Besides, the Oscar shorts packages provide us with an opportunity to support the kind of filmmaking that isn't subject to the customary and often-oppressive commercial constraints that sometimes limit mainstream filmmaking.

First, the live action shorts: These include a variety of films about topical subjects, many inspired by real-life events. A gunman invades a school in Dekalb Elementary. A Christian woman is terrorized by Al-Shabaab in Watu Wote: All of Us. The 1955 murder of 14-year-old Emmett Till becomes the focus of My Nephew Emmett. 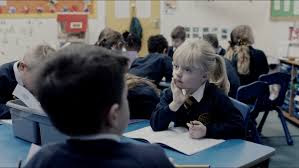 Two additional films (The Silent Child and The Eleven O'Clock) are fictional with The Eleven O'Clock serving as the group's only comic entry. Moving in its depiction of a family conflict, Silent Child focuses on a deaf girl whose preoccupied mother thwarts her daughter's development when she refuses to allow the girl to learn sign language.

The Eleven O'Clock involves comic confusions in a psychiatrist's office, features sharp byplay from its actors and leads us to an amusing, though slightly predictable, conclusion.

Though based on a true story, Dekalb Elementary struck me as somewhat flat, although it does illuminate the brave efforts of an ordinary woman who tries to defuse a potentially violent situation. The starkly conceived My Nephew Emmett deals with volatile racial issues, calling attention to the Mississippi relatives the 14-year-old Till, who hailed from Chicago, was visiting at the time of his brutal murder.

The Oscar-nominated documentary category also touches on a variety of hot-button topics: from a telling portrait of a mentally troubled artist (Heaven is a Traffic Jam on the 405) to an elderly interracial couple (Eddie+Edith) who are forced to separate when family intervenes. Eddie and Edith were 95 and 96 when they tied the knot.

Heroin(e) examines the fight to curb rampant heroin use in a West Virginia town where fire chief Jan Rader devotes her days to rescuing addicts who have over-dosed. Knife Skills takes us to Cleveland restaurant where newly released convicts receive training in the culinary arts. Traffic Stop offers a timely look at the plight of Breaion King, a black teacher who's pulled over by a cop in Austin, Texas. The ensuing encounter, captured with disturbing dash-cam footage, highlights the issues that can arise when police encounter members of the black community.

Animated shorts include Dear Basketball, an ode to former Los Angeles Laker Kobe Bryant. This offering -- which tells of Bryant's early fascination with the game -- might have been more appealing if didn't feel so ego-driven. Bryant co-directed with Glen Keane and wrote the poem on which the movie is based. Bryant talks his love for basketball, but seldom mentions the team aspects of the game that he played with such undisputed brilliance.

In the darkly satirical Garden Party, frogs and toads take over a luxurious villa in the French countryside where evidence of rot seems to have been accumulating for months. Lou, an animated short from the Pixar powerhouse, deals with the reformation of a schoolyard bully. Finely wrought and artful, Negative Space tells the story of how a boy and his father bond over the fine art of suitcase packing.

In my favorite -- Revolting Rhymes -- 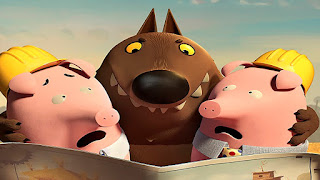 (photo above) we're treated to the story of the wolf from Little Red Riding Hood and other fairy tales as filtered through the urbane and slightly macabre sensibilities of Roald Dahl.

If I had a vote in these categories, I'd opt for The Silent Child in the live-action offerings; Heaven is a Traffic Jam on the 405 from the documentary category, and, as just suggested, Revoting Rhymes from the Academies collection of animated films.

A cautionary note: If you're looking to me for guidance in filling out your Oscar ballot in these categories, beware. My record for accurate predictions when it comes to short films is, to put it kindly, spotty.