'Party' guests are out for blood

Despite a strong cast, director Sally Potter's arch little movie takes us nowhere we haven't been before. 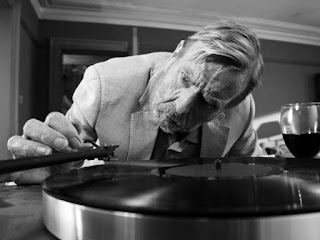 It concerns me to know that I’ve sometimes felt the way Timothy Spall looks in The Party, a slender black comedy filmed in black-and-white. But even at a shockingly brief one hour and 11 minutes, The Party feels as if it could have been condensed into a 40-minute short as it builds toward a nifty punchline.

Spall, who has never projected so much doom and futility, portrays a British academic whose doctor has given him a fatal diagnosis. Haggard and expressionless, Spall’s Bill seems the personification of pitiless depression.

The group has gathered to celebrate Janet’s appointment to a ministerial post in the department overseeing Britain's health.

The movie revolves around Albee-style insults that the characters hurl at one another while harboring secrets that will be revealed as the movie builds toward its final surprise.

Part of the trouble with movies such as The Party is that they seem to ask us to feel superior to their embittered, pretentious characters while creating few points of real identification.

Directed by Sally Potter, who also wrote the screenplay, The Party's main thrust -- the celebration that goes terribly wrong -- feels awfully familiar. Clarkson deftly delivers her character’s withering lines and Spall convincingly dangles at the end of his character’s rope, but The Party passes without arriving at a consequential destination.