Wild children and kids who are 'different'

A sensitive boy in a brutal world 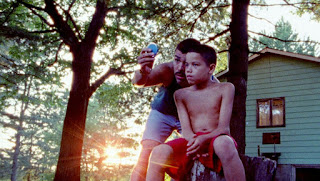 You'll find moments of astonishing tenderness in director Jeremiah Zagar's We the Animals, an adaptation of a 2011 debut novel by Justin Torres. Employing a dream-like style, Zagar introduces us to a poor family in upstate New York. Alternately charming and brutal, Dad (Raul Castillo) is Puerto Rican. Emotionally unstable, Mom (Sheila Vand) is white. The couple has three sons -- Many, Joel and Jonah. The movie slowly brings its focus to Jonah, played with unselfconscious sensitivity by young Evan Rosado. The movie is at its best while observing the way three brothers behave in a world where adult supervision is sporadic. With the boys left to their own devices, Zagar penetrates the world of childhood in ways that capture its pain, joys, and cruelties. A key incident occurs when Dad tries to teach Jonah how to swim by gently leading him into the water and then abandoning him, an experience that Zagar takes as a touchstone for the rest of the movie. We the Animals has an appropriately aimless quality as it charts the ebb and flow of the boys' lives. The young actors (Isaiah Kristian and Josiah Gabriel play Jonah's brothers) are all convincing, as are Vand and Castillo. Eventually, though, Zagar's emphasis on style -- dreamy images, the occasional use of animation and fantasy elements — tends to distance us from the boys; the movie seems to unfold in a universe that is at once natural and otherworldly. Still, Zagar's movie marks a notable debut, a first work that proves memorable without quite scoring a bullseye.

Families cope with children who are 'different' 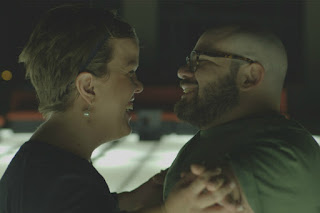 A documentary derived from psychologist Andrew Solomon's bestselling 2012 book, Far From the Tree looks at how families have adjusted to children who don't fit into standard molds: a boy with Down Syndrome, an autistic boy, several Little People and, perhaps unwisely, a 16-year-old who murdered an eight-year-old. If there's an overriding theme here, it's one of acceptance; i.e., disability doesn't necessarily equate with tragedy. This is not an easily arrived at conclusion for the film's parents who talk about the difficulties they faced in trying to adjust to children who are "different.” They also talk about the challenges of trying to give their offspring the greatest chance for meaningful lives. To its credit, the film ultimately approaches the larger question: Exactly what constitutes a meaningful life? Jack, the movie's autistic boy, provides one of the movie's more emotional moments. Unable to speak, he's coaxed into using a keyboard to reveal his heretofore undisclosed thoughts. He types, "I'm trying and I'm really smart," a statement that strikes his parents and us as nearly miraculous. Jack, we learn, is more than a collection of symptoms; he's conscious and alert inside a world that previously seemed walled off. Director Rachel Dretzin introduces each character and situation and finally loops back to update each story and give the film its emotional conclusion. She uses Solomon's story -- his adjustment to being gay -- as the point from which the other stories radiate. As a young man initially rejected by his parents, Solomon wanted to learn something about the nature of family. You can't help but empathize with the people you'll meet in Far From the Tree, but Dretzin, whose multi-subject approach sometimes feels sketchy, doesn't devote much time to the financial burdens these families face. Moreover, the inclusion of a murderer -- even one still loved by his tormented family -- seems a stretch. In sum, though, these stories create an emotional arc that moves from heartbreak to inspiration. Many will want to bring a handkerchief.
Posted by Robert Denerstein at 2:10 PM