Summary: Ben Affleck proves himself an able director with "Gone Baby Gone," and Halle Berry grieves in "The Things We Lost in the Fire." "Rendition?" It's a drama with a conscience, but no strong central character.

"GONE'' BUT NOT SOON FORGOTTEN 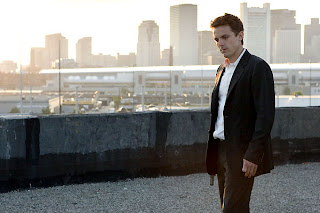 "Gone Baby Gone" is based on a novel by Dennis Lehane, who also wrote "Mystic River." Ben Affleck, who grew up in Boston, knows his way around the city's turf, and it shows in the way he brings Lehane's novel to the screen, with a sense of authenticity that's as thick as a Boston accent. The crowded neighborhoods and dim bars are convincingly captured, so much so that you can almost smell the stale beer every time the picture hits a saloon.

The story revolves around Helene McCready (Amy Ryan), a hard-boiled mom whose four-year-old daughter disappears at the movie's outset. When the cops fail to solve the crime, a couple of private detectives (Casey Affleck and Michelle Monaghan) are brought into the mix. The movie quickly becomes an escalating series of moral crises, which tighten noose-like around Affleck's neck.

Affleck holds the movie together, but his directing brother does justice to the other actors, as well: The supporting cast -- Ed Harris, Morgan Freeman, Amy Madigan and Titus Welliver -- registers strongly.

I saw the end coming, but that didn't stop me from enjoying a movie that understands its characters and milieu. Boston may be the home of Harvard, but the city's best movies live a long way from the Ivy League. 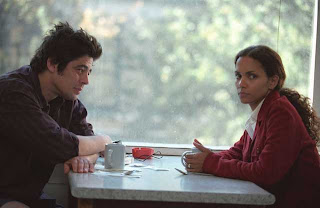 In "Things We Lost in the Fire?" Benicio Del Toro can't seem to stop making faces. Del Toro's malleable kisser calls attention to itself as the actor portrays a drug-addicted, defrocked attorney who comes to the aid of his best friend's widow (Halle Berry). Berry gets serious in a drama that kicks off when her husband (David Duchovny) is shot and killed while trying to stop a stranger from beating his wife to a pulp. Danish director Susanne Bier can't get much out of a movie that, like a bad essayist, tends to write its concerns in large capital letters. Del Toro's character works to kick his habit; Berry's character works to recover a shattered life; and I worked to stay involved with a movie that wears its "real-world" problems like a badge of honor. 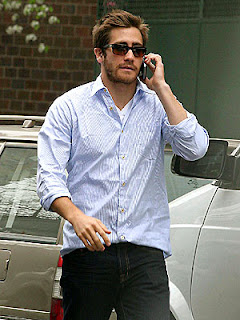 "Rendition" should have been a great movie. After all, it deals with a volatile and important subject, the disappearance of suspected terrorists who are sent to other countries where they can be tortured with impunity. The tactic -- called "extraordinary rendition" -- allows the U.S. to maintain its innocence. We don't torture. We leave that to other guys. The door is open for a powerhouse movie, but director Gavin Hood ("Tsotsi") can't quite walk through it.

The story kicks off when Anwar El-Ibrahimi (Omar Metwally) is captured and shipped to an unnamed Middle Eastern country, where he's subjected to torture in the form of water boarding, beatings and electric shocks. Why? His cell phone showed that he received calls from a known terrorist, something he says he knows nothing about.

Hood dilutes a strong subject by depriving the movie of a solid center. Jake Gyllenhaal plays a CIA guy who's ordered to witness the torture. That's subject enough for any movie, but the story adds more strands as it shifts from Washington to the Middle East to Chicago, where El-Ibrahimi's wife (Reese Witherspoon) lives with their young son.

The strongest performances are given by the actors playing Washington pols and bureaucrats -- Meryl Streep, Alan Arkin and Peter Sarsgaard. As a man whose conscience begins to bother him, Gyllenhaal seems muted and inexpressive, and Witherspoon doesn't have much to do aside from being the wife of a man who has been terribly wronged. Witherspoon's character begs stonewalling politicians to tell her where her husband is.

The movie eventually begins to spark, but the script has too much on its plate, most notably a section in which the chief torturer (Igal Naor) deals with family problems. His daughter (Zineb Oukach) has fallen for a Jihadist (Moa Khouas).

Hood finds powerful moments, but the story remains too diffuse. "Rendition" isn't bad, but it definitely leaves you thinking about the movie that might have been.
Posted by Robert Denerstein at 12:34 PM