Another helping of late-summer horror

Well-crafted and ambitious, Don't Be Afraid of the Dark doesn't quite click. 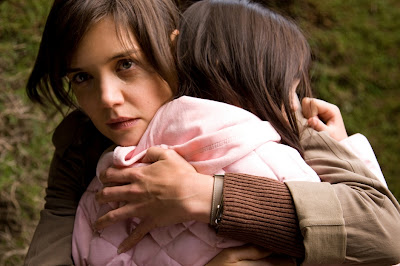 If anyone has the qualifications to make a creepy, resonant horror film it’s Guillermo del Toro, the director whose Pan’s Labyrinth (2006) took an eerie and compelling look at the way the imaginative world of a child can blend with harsh realities.

So film fans are right to invest their hopes in Don’t Be Afraid of the Dark, a movie produced and co-written by del Toro, but not directed by him. You can see why del Toro entrusted the directing chores to Troy Nixey, an illustrator who previously had directed only one short film. Based on a 1973 teleplay that rattled many a young TV viewer, Don't Be Afraid may have been too thematically close to Pan’s Labyrinth for del Toro to take the helm.

Although Don’t Be Afraid of the Dark puts plenty of skill display, it can’t match Pan’s Labyrinth in terms of psychological resonance and fairy-tale mystery, perhaps because its story breaks little new ground.

Young Sally (Bailee Madison) is sent to live with her architect father (Guy Pearce) and his interior designer girlfriend (Katie Holmes). Pearce’s Alex Hurst has been renovating an old mansion. He’s sunk most of his money into the project because he hopes it will provide him with a much-needed career boost.

Sally makes no secret of the fact that she would have preferred to remain with her mother, and for much of the movie, she’s at odds with Holmes’ Kim, who makes valiant efforts not to be cast in the role of wicked stepmother.

But what exactly – and here’s where the movie turns creepy -- are those whispering voices that seem to be emanating from the mansion's air vents? ?

I won’t reveal the secret here, but when you finally learn what’s happening, you may be a little underwhelmed, partly because revealed horror seldom has the clout of imagined horror and partly because trace elements of such juvenile efforts as Gremlins creep into the mix.

Don't Be Afraid of the Dark doesn't exactly provide its actors with a showcase, as it builds toward a crucial point of decision: Someone must believe that Sally is not an hysterical kid, but s child who’s confronting real danger.

Although it's more ambitious than last week’s Fright Night, Don’t Be Afraid of the Dark doesn’t quite get where it needs to go. As a del Toro fan, that made me sad. Del Toro and his cohorts are fine craftsmen and deft practitioners of the art of CGI, but this time, they needed to put a little more substantive flesh on the movie's horror bones.