An expose about sex-trafficking hits hard

An unflinching look at what happens when the cops become criminals -- and, yes, it's disturbing.. 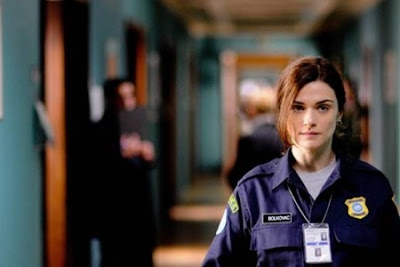 If films about grave injustices are supposed to leave us feeling appalled and disturbed, The Whistleblower qualifies as a whopping success. The film -- from first-time director Larysa Kondracki -- works as an expose about the elaborate web of corruption that developed in the wake of the war in Bosnia.

Here's the deal: Law enforcement agencies condoned (and in some cases profited) from sex trafficking that virtually enslaved hundreds of young women in the late 1990s. The closer the story stays to these women, the more terrifying it becomes. The Whistleblower doesn't spare us when it comes to showing what happened to young women who were tricked into lives of degradation and abuse.

Whistleblower finds its center in a real-life character, Kathryn Bolkovac (Rachel Weisz), a U.S. cop who takes a high-paying job as a gender affairs officer for a private security company working in Bosnia. Bolkovac tries to stop the sex trafficking, but runs into an extensive cover-up.

When all else fails, conscientious members of corrupt organizations may have no recourse but to go public. In the end, Bolkovac took her story to the BBC, a decision that accounts for the movie's title.

Weisz infuses Bolkovac with single-minded tenacity. Vanessa Redgrave turns up as a saddened official who's sympathetic to Bolkovac's efforts; David Straithairn plays a similar role; and the actors who portray corrupt peacekeepers can feel frighteningly real.

I'm not sure that Whistleblower digs deeply enough into any of its characters, but the movie still hits hard. It has something important to say about the moral cesspools that develop when authorities indulge in criminality and when there are no lines someone isn't willing to cross. As shocking as it is persuasive, The Whistleblower ultimately functions as kind of infuriated exclamation about a situation bred in an environment of total moral collapse.

Posted by Robert Denerstein at 1:30 PM