A look at the life of Roy Cohn

One of Trump’s so-called mentors did the groundwork for a ruthless brand of politics. 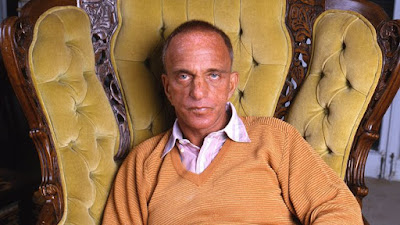 Roy Cohn remains best known as the power-crazed New York attorney who teamed with Senator Joseph McCarthy during the feverish Red Scare days of the 1950s.

Under the sway of intense anti-communism, Cohn managed to work his way into power circles that went well beyond what you might expect from a young lawyer. When FBI director J. Edgar Hoover recommended him to McCarthy, Cohn was only 24 but already had made a name for himself helping to prosecute Ethel and Julius Rosenberg for spying for the Soviet Union. Cohn’s role in that trial is a subject for books, so I’ll move on by noting that the passage of time hasn't made him look any better.

A closeted gay man, Cohn died of AIDs in 1986. He denied having the disease. Several years after his death, Cohn appeared as a venomous character in Tony Kushner’s landmark work, Angeles in America.

For all the damage he left in his wake, Cohn probably would be slipping into obscurity were it not for one thing: his relationship with Donald J. Trump, a name with which you're probably familiar.

Thorough and essential, the documentary Where's My Roy Cohn? takes its title from an article that appeared in the New York Times in 2018. At the time, Trump reportedly was fuming about then-Attorney General Jeff Sessions' decision to recuse himself from the ongoing Russia investigation. “Where’s my Roy Cohn?” asked a frustrated Trump, suggesting that he needed a high-caliber fixer to navigate Washington's choppier waters. Cohn knew how to set aside niceties and pretense, he went for the jugular.

The Cohn/Trump connection dates to the 1970s when the Justice Department accused Trump's company of housing discrimination. Handled by Cohn, the case was settled without an admission of guilt, an outcome that was considered a triumph of sorts for the Trump organization.

Don't get the wrong impression. Where's My Roy Cohn isn't entirely focused -- or even primarily focused -- on the Trump/Cohn relationship. Director Matt Tyrnauer tells the story of a young man from the Bronx who matured into a ruthless proponent of an approach that eschewed debates about the intricacies of legal opinion. Cohn knew how and to whom pressure should be applied.

If Cohn was Trump's mentor, his student seems to have mastered many of the teacher's rules of public conduct: Attack those who criticize and never apologize, among them.

Bold as he was, Cohn never admitted his homosexuality. In public, he had no qualms about expressing homophobic opinions. But rumors about his sexuality were already afloat in the 1950s, thanks to a story that emerged about Cohn and his friend G. David Schine, a young man who worked as an unpaid assistant to McCarthy during the Army-McCarthy hearings.

At the time, Cohn tried to obtain an instant commission in the Army for Schine, a handsome fellow for whom Cohn purportedly had more than a friendly interest.

The documentary makes use of interviews with journalists who covered Cohn, among them Ken Auletta of The New Yorker and Mike Wallace, an interviewer who knew how to go on the attack. You’ll also hear from Roger Stone, a political operative who specializes in opposition research and who learned from Cohn.

Stone, you'll recall, was arrested In January of 2019 in connection with the Mueller investigation. If you're interested in Stone, you may want to watch Get Me Roger Stone, a documentary that will school you in Stone's approach to political maneuvering. Warning: A double-bill of Where's My Roy Cohn and Get Me Roger Stone might produce a near-toxic dose of cynicism in even the most hard-bitten viewers.

Like many before and after him, Cohn beat the loyalty drum when it served him and he found his way into social circles that ranged from tycoons (Aristotle Onassis to name one) to crime figures such as Carmine Galante and John Gotti. He counted Barbara Walters as a pal.

No review can do justice to all the details of Cohn’s 59 years. The son of a doting Jewish mother, Cohn was super-bright and well-educated; yet, his behavior seemed to run counter to anything that might be called an "intellectual" approach.

Where’s My Roy Cohn shows us a man who made no apologies, but should have spent nearly most of his adult years choking on remorse generated by actions that seemed to spring from unprincipled ambition. What Cohn helped unleash has yet to disappear from American life -- and we're all worse off for it.*

*Interest in Roy Cohn seems to be gaining momentum. Bully, Coward, Victim: The Story of Roy Cohn, a documentary by Ivy Meerepol, granddaughter of the Rosenbergs, recently played The New York Film Festival. The HBO documentary is scheduled to air next year.