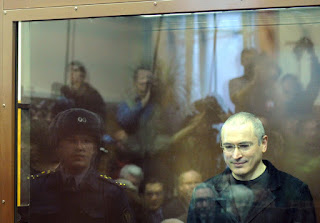 Convoluted and full of intrigue, director Alex Gibney’s documentary Citizen K opens a window into post-Soviet Russia. Not surprisingly, the air that blows in is tainted by corruption. Gibney focuses on Mikhail Khodorkovsky, a dethroned oligarch who served 10 years in a Russian prison on charges of tax evasion. Khodorkovsky, who now lives in London, has become a vocal critic of the Putin regime. Khodorkovsky’s fortune was built on oil and, at one point, he was the richest man in Russia. He bought up Siberian oil fields at bargain prices as he built a fortune of $16 billion. The 56-year-old Khodorkovsky serves as our principal guide through a story that Gibney lays out in detail. Khodorkovsky, by the way, is a very rich dissident; he’s supposedly worth about $500-million, a demotion from the upper tiers of super wealth but enough to stave off worries about paying the rent. Gibney (Taxi to the Dark Side and Enron: The Smartest Guys in the Room) isn’t about to let the wily Khodorkovsky rule the movie’s roost. The director's voice-over narration, along with additional interviews, gives the film an independent voice. Khodorkovsky now runs an organization called Open Russia, which tries to support opposition to Putin. I don’t know what to make of Khodorkovsky, but if you’re looking for insight into how Russia operates, Citizen K makes for a start, particularly at a time when Putin’s Russia figures so prominently in our news. 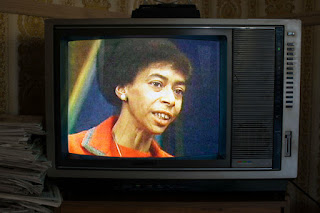 Eccentricity can be irresistible — so long as you don’t have to live with it. I thought about that as I watched Recorder: The Marion Stokes Project. Stokes, who died in 2012 at the age of 83, was the ultimate tape-head. She used VCRs, as many as eight at a time running 24 hours a day, to record every television show that aired in Philadelphia, the city where she lived. She carried out this activity for 30 years as she made the transition from a Communist activist in the 1950s to a reclusive woman who began hoarding newspapers, books and various versions of Apple computers. Stokes needed eight apartments to store all of her stuff. No person is entirely comprehensible, but Stokes seems more inscrutable than most. Her second marriage to John Stokes -- a man with whom she once hosted a public access TV show -- created a cocoon in which she was able to pursue her interests, which had something to do with the way media informs (and perhaps controls) perception. A librarian by trade, Stokes created a catalog of the evolving nature of television news. Director Matt Wolf interviews Michael Metelits, Stokes' son from a first marriage, as well several people who worked for her in her later years. Whatever you make of Stokes, it’s impossible not to get caught up in her story, which means living in her world for the movie’s length. Clips from Stokes’ collection are seen throughout, turning this weird but rewarding movie into a kind of review of 30 years of history. And, yes, you'll learn what happened to all of Stokes' tapes.
Posted by Robert Denerstein at 1:35 PM