The Hulk will crush "The Happening"

A SMASHING (PUN INTENDED) HELPING OF THE HULK 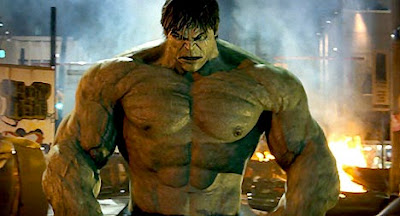 Summary: The best and most economical storytelling in "The Incredible Hulk" -- the 2008 edition of a Marvel Comics franchise that Ang Lee first brought to the screen in 2003 -- arrives during the furiously paced opening credits. To set up his story, director Louis Leterier recaps the events that brought The Hulk into existence. The scenes that follow -- set in the teeming favellas of Rio and in a dilapidated soft-drink factory -- are equally good. But the aspiring blockbuster soon settles for standard-issue special effects that lead toward a predictable and extremely noisy finale. And guess what? An amusing end-of-picture cameo -- part of a brief epilogue -- may surprise no one: It's revealed in one of the movie's trailers. 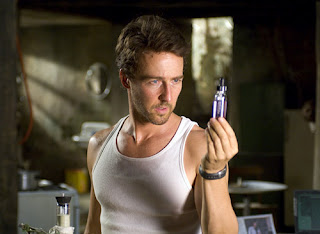 Paying homage to the late Bill Bixby and to Lou Ferrigno -- stars of the fondly remembered television series -- Leterier tries to turn his version of "The Hulk" into a more spirited comic book than its 2003 predecessor.

I'm thinking Hulk fans will like this edition better, but when you get right down to it, the movie often becomes another crashing summer-movie bore. That's because the action is heavier on noise than involvement, and the story fails to attain the poignance that must have been intended.

That's a major problem because the movie's emotional life depends almost entirely on its romantic elements. Here's how it works: Doctor Bruce Banner (Edward Norton) -- the scientist who becomes The Hulk -- finds himself in a doomed romance with former colleague Betty Ross (Liv Tyler). Banner can't consummate his love lest he become overly excited, raise his pulse rate and turn into The Hulk, a massive green monster whose blind fury wreaks havoc on anything he touches. This thwarted romance should have been a little heartbreaking. It's not.

The plot finds the hapless Banner traveling to various locations in search of a cure. He doesn't want to be The Hulk. He longs for a normal life. 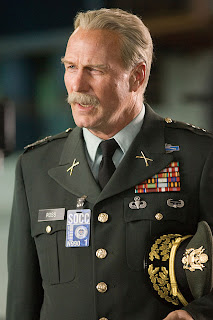 Norton brings the expected intensity to the role, but he's not particularly soulful. Maybe it doesn't matter. The movie's money scenes involve a computer-generated Hulk who tosses vehicles around as if they were beach balls.

The rest of the cast follows Norton's lead, delivering performances that are adequate without being notable. Tyler's Betty suffers with the man she loves; William Hurt brings maniacal ambition to the role of General Thunderbolt Ross, Betty's dad and the soldier who conspires to turn The Hulk into a weapon of mass destruction. Tim Roth signs on as a soldier who wants what The Hulk has. With help from the general, Roth's Emil Blonsky transforms himself into The Abomination, a monster rolled out for the grand finale, which takes place on Harlem's 125th Street. The Abomination is even bigger than The Hulk, who has the look of a snarling, mutant beach boy.

Norton and Roth don't seem to understand that they're starring in a comic-book movie. In fact, none of the performers bring much sense of fun to the proceedings. As Professor Samuel Sterns, a biologist who wants to help cure the Hulk, Tim Blake Nelson bucks the trend. He goes cartoon batty, but his performance seems out of synch with the rest of the movie's play-it-straight cast.

Does the CGI-created Hulk look real? No. Neither does The Abomination, but the final battles have the booming, bruising quality of a WWF smackdown, which probably is just what the audience wants. And a couple of scenes involving transformation from human to Hulk generate grimaces and tension. The most agonizing moment in the entire movie arrives when Roth's character is injected with huge needles, one of which goes crunching into his spine.

I'm betting that the audience won't care much that the movie has "King Kong"-like moments or that it flirts with Beauty and the Beast themes. So if you're a Hulk-o-maniac go and enjoy!

If you like inspired helpings of pulp fiction, you'll probably have to look elsewhere, though. For all its special effects and thunderous battles, "This Hulk" seldom qualifies as incredible -- unless you mean incredibly loud. 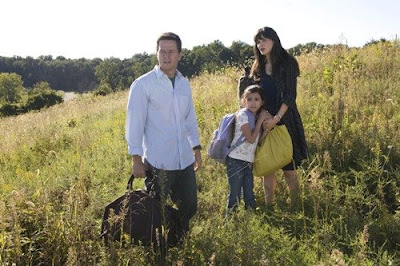 M. Night Shyamalan's "The Happening" is worse than "The Hulk" in nearly every way. Here's another helping of dread from the director who has been riding his "Sixth Sense" coattails for the last nine years.

Shyamalan, who has just about burned up all his good will, delivers an eco-thriller that pits man against ...well... see the movie to find out.

Or don't. Because if you do, you'll have to watch a toned-down Mark Wahlberg play a high school science teacher who's trying to outrun a deadly toxin. Whalberg's Elliot Moore races away from his Philadelphia home in the company of his wife (Zooey Deschanel) and the 8-year-old daughter (Ashlyn Sanchez) of his best friend (John Leguizamo).

The toxin blows across the landscape along with a morbid story: It seems the poison -- initially thought to be the work of terrorists -- causes people to freeze in their tracks for a few moments and then commit suicide. Like many Shyamalan movies, this one tries to sustain a mystery until the end, but all it really musters is a doom-laden atmosphere.

Eventually, Wahlberg and company wind up at a spooky farmhouse presided over by a reclusive woman (Betty Buckley) who's probably insane. All of this so that Shaymalan can warn us that our tendency to develop the countryside is ruining our planet. We'll eventually have to pay a price for rampant growth.

Really, there's not much to this movie, although a self-important tone would have you believe otherwise. And as I watched the characters wander in a state of horrified confusion, a refrain from a Dylan song kept running through my head. "There's something happening here, but you don't know what it is, do you Mr. Jones?" Only this time, I did know: It's a movie that sleep walks its way toward a point that might have been better made in a five-minute lecture.
Posted by Robert Denerstein at 12:30 AM