I didn't get smart, and I'm not really sorry 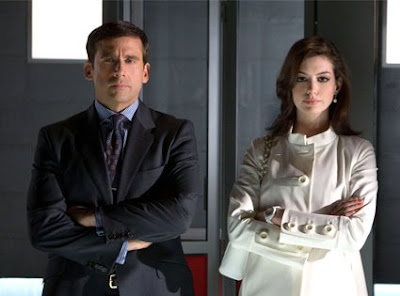 Summary: Medical adventures kept me from preview screenings of Mike Myers' "The Love Guru" and Steve Carell's "Get Smart." I will report, though, that The Hollywood Reporter (and apparently most others) slammed "Love Guru," and "Get Smart" didn't fare particularly well in either Newsweek, Variety. or The Hollywood Reporter. The movie did, however, win praise from Roger Ebert. Critics aside, it's probably a safe bet that "Get Smart" will preoccupy most moviegoers this weekend.

BUT WHAT DOES IT MEAN? 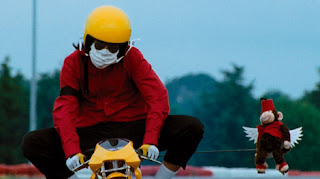 For the record: Those who thought Harmony Korine came on strong and repulsive with movies such as "Gummo" and "Julien-Donkey Boy" may be pleasantly surprised at the whimsical nature of Kornine's "Mr. Lonely," a movie that floats on a drifting tide of ...well...I'm not sure what. Korine introduces us to a bunch of impersonators who wind up inhabiting a commune-like estate in Scotland. Principal among them: a Michael Jackson impersonator (Diego Luna) and a Marilyn Monroe impersonator (Samantha Morton). The movie also includes a segment about flying nuns (no, I'm not kiddding) doing relief work in a jungle. Korine's movie defies both genre classification and interpretation. I wasn't repelled, but I couldn't bring myself to care much, either.
Posted by Robert Denerstein at 12:01 AM