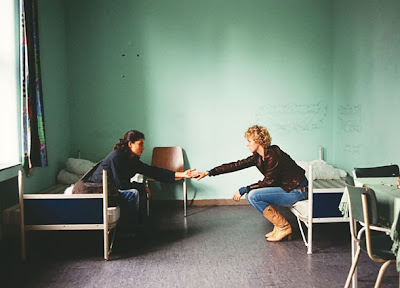 What makes a filmmaker important? Is it the ability to work with established stars and generate heaps of box-office revenue? Is it the skill required to employ an increasingly complicated arsenal of computer-generated effects? Is it the way a director sometimes connects with the urgency of a cultural moment, capturing the national mood as Steven Spielberg sometimes has done? Is it consistency over a long career?

I suppose the answer could be all of the above, but none of those seems entirely sufficient to me. Also to be considered: The ability of a director, particularly one who writes his or her own screenplays, to say something powerful and pertinent based on his or her own experience. A combination of exceptional skill and a strong subject can make for important filmmaking. Fatih Akin has both. 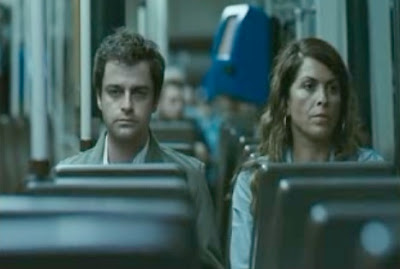 It took me a while to catch up with Akin's "The Edge of Heaven," but the director's new movie confirmed something I'd begun to suspect when I saw Akin's "Head On," one of the best movies of 2004. Akin is the real deal, a contemporary filmmaker whose work must not be ignored.

The 35-year-old Akin was born in Hamburg. His parents are Turkish. As a result, he's well-positioned to observe the kind of sweeping cultural changes that have seized much of Europe. Waves of immigration have forced country after country -- often with great reluctance -- to redefine national identity. But Akin's genius extends beyond the borders of his native Germany. He also knows that the great flow of immigrants has brought changes to the home countries of those who have landed in places such as Germany. He understands the amazing fluidity of the moment as its reflected in the increasingly elusive nature of social boundaries that long have been taken for granted. He locates his films -- particularly "The Edge of Heaven" -- on the fault lines that develop when cultures mingle, clash and, yes, sometimes, embrace. 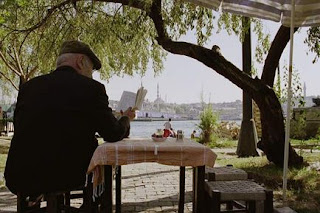 Of course, Akin is neither a sociologist nor an historian. He's an artist, and, as such, he's especially skilled at creating characters, catapulting them into demanding situations and watching them react as history works on them and as they work on history. His films are both personal and expansive. He successfully accomplishes something that has eluded filmmakers such as Alejandro Gonzalez Inarritu and Paul Haggis who also have steeped their films in the fractious, sometimes explosive ways that cultures intersect.

Perhaps because Akin's focus is narrower and more closely aligned with his own experience than some of his contemporaries, his films seem more credible. He deals mostly with Turks living in Germany. His movies are rooted in cultural specificity, but they also have a universal pull, an emotional quality that derives -- in the case, of "Edge of Heaven" -- from the devastations of a son who can't accept the brutish behavior of his father, from a mother who loses a daughter in a senseless bit of street violence and from the mixture of strength and desperation displayed by a Turkish woman working as a prostitute in the port city of Bremen.

If I ran a film festival, which of course I don't, I'd want to give a tribute to Akin. Although his filmography is not extensive, his interests are, and I would hope such an award would recognize the importance of his work and encourage him to stay on track. 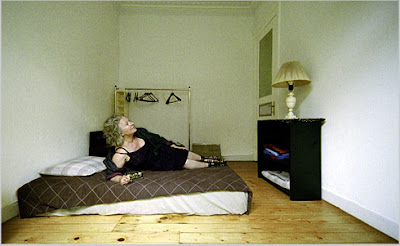 Of course, any tribute would acknowledge and celebrate Akin's abilities as a director as well as his ability to explore fascinating, highly relevant subjects. "Edge of Heaven" puts a wide range of directorial skills on display. The acting in "Edge of Heaven," for example, is uniformly strong with standout work from Nurgul Yesilcay, as a rebellious young Turkish woman who travels from Istanbul to Bemen in search of her mother, and from Hanna Schygulla, once closely associated with the movies of Rainer Werner Fassbinder. At 65, Schygulla's impish looks have mellowed into something calmer and more powerful, a woman who has attained certainty in her convictions but remains vulnerable to the life's cruel vicissitudes. 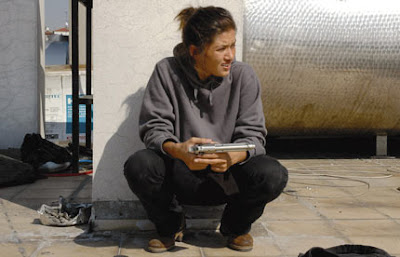 Early on, Akin's story focuses on a Turkish/German professor (Baki Davrak) whose widowed father (Tuncel Kurtiz) invites a Turkish prostitute (Nursel Kose) to live with him. The plot then creates a complicated network in which apparently disparate lives become linked. When Kose's daughter (Ysicay) arrives in Bremen from Istanbul, she meets Lotte (Patrycia Ziolkowska), a young German student with whom she begins an affair. There's no need to reveal more about the plot, although it's helpful to know that Akin introduces sections with title cards that reveal significant developments and that the action alternates between Bremen, Hamburg, Istanbul and a smaller Turkish city.

None of this is to suggest that Akin neglects the cinematic aspects of storytelling. An unhurried style, the real-world
gristle created by a broad range of intriguing locations and a terrific score give the proceedings sustained vitality.

So, yes, I'd say that Akin qualifies as an important filmmaker. As summer bombards us with one wannabe blockbuster after another, it's more than refreshing to see a movie such as "Edge of Heaven;" it's transformative. Akin presents life as its lived, and that may be the greatest and most deeply human art of all.

If you miss "The Edge of Heaven," which is being released this summer and which now is playing in Denver at the Starz Film Center, don't forget about it when it reaches DVD.
Posted by Robert Denerstein at 10:15 AM