Get your snide on with 'Deadpool 2'

Ryan Reynolds proves that he's still got plenty of life as Deadpool. 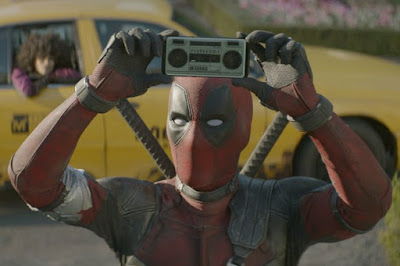 Deadpool 2 was shown at a preview screening with a caution to critics to avoid spoilers. I'm not sure that anything you could know in advance would ruin the experience of watching Deadpool 2, a sequel to the snidely effective first installment of a Marvel Comics series that seemed perfectly matched to Ryan Reynolds' mocking awareness of comic-book movie tropes.

The movie also made a ton of money.

But about those spoilers. I'll demure by telling you that there are sight gags, a surfeit of action, a sequence in which Deadpool finds himself in prison with a mystery mutant kid (Julian Dennison) who can spew flames from his fists, and more -- much more. Like most comic-book movies, Deadpool 2 subscribes to the more is more school of filmmaking.

The movie also makes room for a bit of pathos in the form of shared feelings of guilt that touch both Deadpool and Cable (Josh Brolin), a cyborg with a bionic arm and a perpetual scowl.

The story includes the amusing addition of some wannabe superheroes who meet with tragic/comic fates and various X-Men who drop in at various points in the story. Why not? Everybody needs a team.

In the hands of director David Leitch (Atomic Blonde), Deadpool 2 devolves into a series of mini-movies that finally are hammered into a more or less unified whole that includes a fakeout about who the movie's real villain might be.

In addition to Reynolds, I enjoyed the work of Zazie Beetz (as Domino) and Stefan Kapicic (as the voice of the strait-laced Colossus). Plenty of other characters careen through the movie, cropping up like kernels of corn bouncing in a popper.

True to form, Deadpool 2 doesn't skimp on one-liners and visual gags, many of them referencing signature moments in other movies: Basic Instinct (yes, that movie again) comes to mind, but there are enough to suggest that viewers bring a scorecard.

The basic trick of the Deadpool movies remains the same: Reynolds delivers a running commentary on the movie's characters and various plot developments, a strategy that can amuse even as it attempts to insulate the movie from criticism. In a way, Deadpool 2 doesn't try to speak to the audience; it is the audience.

That's why Deadpool can be viewed as a big movie for a large but narrowly focused audience, one that's in on the joke, which includes non-stop tongue-in-cheek references that turn the movie into a perpetual wiseass machine. If you don't share the movie's attitudes -- at least for a couple of hours -- Deadpool may seem dumb and pointless: The movie’s smarts are rooted in pop culture and the abundant Marvel Universe.

So, a concluding comment: Leitch and Reynolds have delivered a movie that meets and occasionally exceeds expectations for a second helping but has little to offer those who aren't steeped in Marvel culture.

I chuckled enough to say that Deadpool 2 can be fun and that Reynolds hasn't worn out his welcome as the foul-mouthed superhero who's at his best when he doesn't give a damn about saving the world and who kicks butt while making fun of whatever passes for a story in these comic-book extravaganzas.

Deadpool 2 even tries to add some heart to all its carnage and clangor. Fair enough, but I doubt whether this edition will cause many lumps to form in many throats. But let's be real: No one goes to a Deadpool movie expecting to reach for a hankie.