A father struggles with his son's addiction 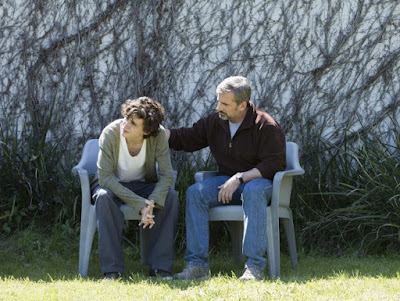 Chalamet's performance and the painful relevance of the movie's subject carry it a long way, but Beautiful Boy falls short of the dramatic powerhouse that surely must have been intended.

Belgian director Felix Van Groeningen tells the story of David Sheff (Carell), a successful freelance journalist who finds it impossible to accept his son’s precipitous decline. Nic (Chalamet) has gone from being a model child with a glowing future to a drug-addicted loser who seems permanently to have lost his way. Somehow, Nic has stumbled into a death spiral of a life.

Shackled to flashbacks to healthier times, the movie grinds away at our sympathies by showing the halting (and vaguely monotonous) ways in which Nic's cycle of recovery and relapse unfolds.

Based on books by both the real father and son (David Sheff's Beautiful Boy and Nic Sheff's Tweak), the movie casts its heaviest gaze on Carell's character. David and his artsy second wife (Maura Tierney) have two additional children, but most of David's attention is absorbed by Nic's increasingly powerful addiction. No matter how hard Dad tries, he’s unable to push Nic's life back on track.

The movie asks an audience to become involved in the struggles of a family that seems to fit most known definitions of "privileged." I know a few freelance writers and they don't seem to be living as well as Carell's David, a journalist who has a wonderfully appealing house in Northern California.

Perhaps director Van Groeningen (The Broken Circle Breakdown) sees that as part of the point. Even the well-heeled of Marin County can't immunize their kids from the scourge of drugs. It's possible for parents to do all the right things and still be blindsided by tragedy.

A bearded, super-earnest Carell carries a major burden here. He must show David's desire for control, his journalistic inquisitiveness (at one point he even tries drugs himself) and a father's one-note persistence when it comes to his wayward son. Looking drearily somber, Carell isn't entirely up to the task.

Riding high on praise from his work in Call Me By Your Name, Chalamet continues to impress as a smart kid who knows how to rationalize his drug use. He says meth enables him to see a drab black-and-white world in color. Chalamet also hints at Nic's rebellion against being a creative, success-bound child and budding writer.

Nic's decline comes into sharpest focus when he and a girlfriend (Kaitlyn Dever) hit low points of homelessness and physical decay on the streets of San Francisco.

I suppose the movie deserves credit for not specifying exactly why Nic has become an addict. Instead of providing pat answers, Beautiful Boy asks us to share in the torments of its characters, but it can feel like a tutorial on the way drug addiction impacts families.

A screenplay credited to Luke Davies (Lion) and Van Groeningen hints that for Nic to abandon his drug habit, David must let go of a carefully constructed image of his son, an intriguing idea but one that probably doesn't come into sharp enough focus as the movie wends its way through an often-exhausting 111 minutes.