The last days of Oscar Wilde

Rubert Everett directs and stars in The Happy Prince, a movie that affords him an opportunity to play a towering figure in sad decline. 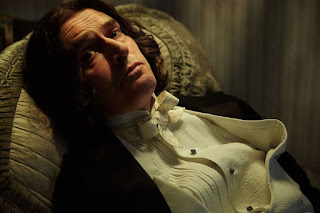 In The Happy Prince, Rupert Everett portrays playwright and international wit Oscar Wilde during his last sad days. Once a big-ticket celebrity and the toast of London’s theatrical scene, Wilde spent his final years as a fallen idol, having served two years at hard labor for homosexual activity.

The movie begins when Wilde resurfaces from prison, perhaps expecting to reclaim his place as a highly regarded literary figure. Wilde even proposes a reunion with his estranged wife (Emily Watson) and his two young sons, but a repaired marriage was not in the offing.

Instead, Wilde spends time with his friend Robbie Ross (Edwin Thomas), enjoying his restored freedom by drinking and engaging in sex. Even in decline, Wilde retained a sense of nobility, as well as an appreciation for the theatrically expressed gesture. He towers in his decay.

The point of all this becomes obvious, although it’s never stated. Everett tells us that Wilde’s rejection by society was needless, a pointless expression of hypocritical British morality that had been enshrined in law. Penniless in Paris, the exiled Wilde gradually begins to see that he has no future.

At one point, Wilde captures a bit of past glory by singing in a Parisian nightclub that hosts a somewhat shabby crowd. He again occupies center stage. It might be fair to say that, in his own life, he never gives up center stage, even if only to swoon into defeat.

Although Everett offers flashes of Wilde’s renowned wit, he mostly shows what it was like for Wilde to sink into the muck of a life fueled by unsupportable quantities of alcohol; we see the catastrophic waste of a man who no longer could employ his talents.

At one point, Wilde reunites with former lover Bowie Douglas (Colin Morgan), a reprise of the relationship that brought about Wilde’s imprisonment. It should surprise no one that this reunion doesn’t turn out well.

Both behind and in front of the camera, Everett acquits himself well, paying powerful tribute to a man ravaged by a society that should have been applauding him.