TWO DOCUMENTARIES AND A SEMI-DOC, ALL WITH SOMETHING TO OFFER. 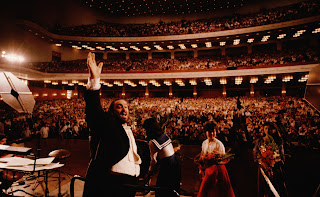 It doesn't make a great deal of sense to compare Ron Howard's Pavarotti to other music documentaries or even to great opera films: Howard has made a movie for fans. It's difficult to imagine that those who revere Pavarotti won't get their money's worth. Larger than life, Luciano Pavarotti was a mega-celebrity with of international repute. The only other time, I got to mention Pavarotti in a movie was when I reviewed (or more accurately "torched) his only big-screen appearance, a 1982 musical drama/comedy called Yes, Giorgio. Howard's film stands as a celebration of a man who seemed to embody a spirit that matched his ample physical girth. Most audiences will thrill, as did audiences at the time, to the Three Tenors concerts that packed stadiums when Pavarotti joined with Placido Domingo and Jose Carreras. Howard's documentary moves fluidly as it follows Pavarotti's ascent into the upper ranks of the history's great tenors. We get a taste for some of Pavorotti's excesses. He dumped his first wife for a much younger woman and perhaps overextended his reach by collaborating with Bono, whose laudatory remarks add to the generally positive atmosphere. Overall, Howard leaves us with the impression of a lusty man of great appetites. Pavarotti sometimes traveled with as many as 29 suitcases, one of them devoted to his favorite foods. But whatever you think of the man -- his personal life wasn't always exemplary -- it's impossible not to be stirred by Pavarotti's Nessun Dorma (from Turandot), his ear-splitting high "Cs" and the great ebullience with which he seemed to live. Was it all an illusion? Possibly but Howard's documentary reminds us that, at his peak, Pavarotti was an artist with, as he wanted us to believe, the soul of a peasant. If that was BS; it was BS of an irresistible variety. 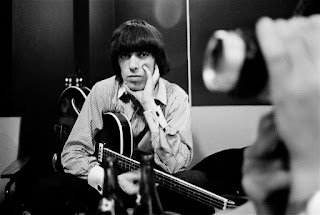 I don't suppose there could be two more different musical personalities than Luciano Pavarotti and Bill Wyman, the legendary bassist of The Rolling Stones. Ebullient and outgoing, Pavarotti seems a polar opposite of the reserved Wyman, a rock star who mostly eschewed the trappings of his very public life. Director Oliver Murray makes ample use of Wyman's collection of memorabilia to tell a story that deals with the musician's difficult childhood, with his approach to bass guitar and with his years with the Stones. Now 82, Wyman retired from the Stones to form his own band, Bill Wyman's Rhythm Kings. Along with plenty of Stones' footage, you'll gain insight into how Wyman approached his work. He saw his role as a mixture of minimalism and close cooperation with Stones' drummer Charlie Watts. Murray overuses images of Wyman at his computer in a room the bassist devotes to his personal archives, collections of materials from his life -- musical and otherwise. The most revealing moments arrive at the end when Wyman becomes emotionally overwhelmed by recalling a meeting with one of his idols, Ray Charles. Even with its deficiencies -- length and occasional repetition -- The Quiet One probably qualifies as a must-see for Stones' fans and, perhaps, a less-compelling offering for casual enthusiasts. 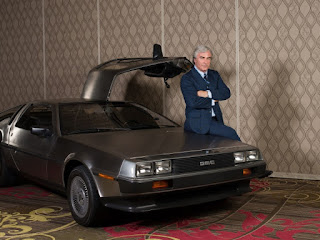 I could have done with re-enactments featuring Alec Baldwin as John DeLorean, but overall Framing John DeLorean -- directed by Don Argott and Sheena M. Joyce -- proves an intriguing look at an engineering genius turned entrepreneur, criminal and finally born-again Christian. Before setting out on his own, John DeLorean was a star at General Motors, having been responsible for the Pontiac division's hot-selling GTO, an early muscle car that GM's corporate sages initially derided. DeLorean overplayed his hand at GM, left the company and established his own car company. (The DeLorean, you'll recall, appeared in the movie Back to the Future and still crops up at gatherings of specialty car enthusiasts.) In 1973, DeLorean opened his plant in Northern Ireland even as the legendary "Troubles" raged. Despite government assistance, DeLorean couldn't make the company work, and the cars produced in Ireland didn't meet the high-quality standards DeLorean promised. In desperate need of funds, DeLorean was drawn into a cocaine sting operation but was acquitted after his attorneys mounted an entrapment defense. Shortly after, DeLorean became involved in a complex scheme that led to charges that he had embezzled funds from DMC (The DeLorean Motor Company). Although I found the re-enactments less than impressive, Baldwin's out-of-character observations about DeLorean can be interesting and it's equally intriguing to watch Baldwin being made-up to look like DeLorean. DeLorean's marriage (the third of four) to model Cristina Ferrare receives its share of attention and we also hear from DeLorean's two children. As is the case with many rogues, DeLorean fascinates as a risk-taker who, at times, really was the smartest guy in any room. But as is also the case with many such people, a mixture of hubris and an over-estimation of his ability to pull even dire situations out of the fire led to a sad end. DeLorean died in 2005.