Bob's Cinema Diary 6/7/19: Woodstock and The Spy Behind Home Plate 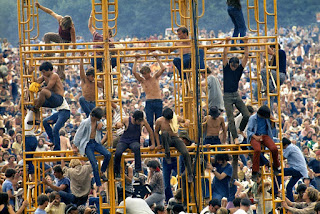 While I was watching Woodstock: Three Days That Defined a Generation, it occurred to me that among my friends -- most of whom belong to the generation to which this documentary's subtitle refers -- haven't mentioned Woodstock in years. The fact that 400,000 people gathered on a farm in upstate New York for a massive rock concert can now seem more like a footnote in the history of the '60s than the main event. And while we're on the subject of the '60s, let me tell you, as someone who lived through that much misunderstood decade, it wasn’t all that great. Directors Barak Goodman and Jamila Ephron’s look at the 1969 three-day event at the dairy farm of Max Yasgur -- a Republican who admired the independence of the concert’s youthful attendees -- reminds us that the event was orchestrated by enthusiasts who did their best to learn as they went. Nostalgia fans will see clips of Joe Cocker, Richie Havens, Joan Baez, Crosby, Stills & Nash, and others, as well as members of The Hog Farm commune, which was run by the estimable Hugh Nanton Romney, a.k.a., Wavy Gravy. Hippies, by the way, do age; Wavy Gravy is now 83. The documentary acknowledges the importance of music in the counterculture but emphasizes Woodstock more as a signifying generational event than a concert. Goodman captures much of the free-form chaos of the '60s and reminds us that on the third day of Woodstock, the rains came, turning a great field on which attendees had assembled into a sea of mud. If you're of a mind, you can take that as a metaphor for what happened to the counterculture. Peace, love, and promise? You know the rest.

The Spy Behind Home Plate 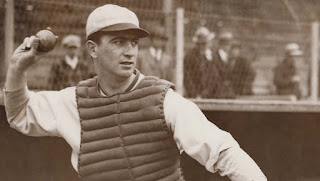 Director Aviva Kempner takes a deep dive into the life of Moe Berg, a Jewish baseball player who became a spy during World War II. The best part of the documentary, The Spy Behind Home Plate, deals with Berg's pre-baseball life and with his time in the Major Leagues. He plied his trade as a catcher for a number of teams. Berg's immigrant father had little interest in baseball. He wanted Berg -- the youngest of three siblings -- to become a lawyer. Although he graduated from Princeton and Columbia Law School, the scholarly Berg never was able to persuade his father to watch him play baseball. The director tells us how Berg became involved with the OSS, the government agency that preceded the CIA. To tell this part of the story, the filmmakers rely on interviews with those who knew what transpired, beginning with Berg's trip to Japan as a member of a Babe Ruth-led all-star tour. Berg's great wartime achievement involved helping to ensure that key Italian physicists didn't wind up working for the Germans. I've read that the film takes a different approach than the fictionalized feature The Catcher Was a Spy, which starred Paul Rudd as Berg. I haven't seen that movie but concluded from this one that although Berg's role in the war effort may have been more important and more interesting than his 15 years playing baseball, that part of the story can drag -- even with attempts to enliven the proceedings with the use Hollywood clips, notably from Alan Ladd's 1946 O.S.S. Still, many people know little about Berg and The Spy Behind Home Plate offers an opportunity to meet a highly idiosyncratic patriot who never lost his love for the national pastime.