Watching an artist at work 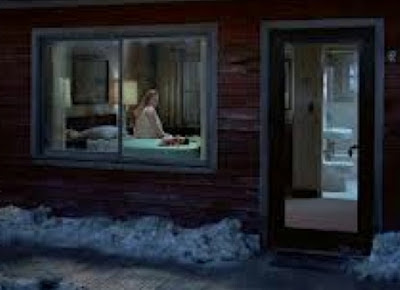 I love learning about people who make a life out of doing things that seem highly impractical, perhaps even ill-advised. Photographer Gregory Crewdson is such a person, an artist whose highly composed photographs require as much logistical effort as it takes to make a small movie. Whether working on a set or on a location, Crewdson is accompanied by a crew, by the people who appear in his photographs and by a willingness to massage reality until it conforms to the mysteriousness of the moment or mood he's trying to convey. The documentary Gregory Crewdson: Brief Encounters focuses on work the artist did for a series entitled Beneath the Roses, shot over a six-year period beginning in 2002. I suppose it's possible that Crewdson, the son of a psychiatrist, could capture some of the same feelings by photographing scenes that he happened upon. But why leave things to chance? Crewdson, who's more in the tradition of still-life painting than photo-journalism, creates resonant, suggestive images that feel as if they've been distilled from time and that take us to places that hover ever so slightly beyond anything we can articulate. It's as if we glimpsed a moment that seemed especially rich, turned to look again, and, then, got caught in that moment's strange undertow. If you've never heard of Crewdson, director Ben Shapiro will show you a lot about how he works -- with painstaking attention to detail -- and more importantly, you'll be exposed to an important and haunting body of work.

Posted by Robert Denerstein at 10:11 AM