The visiting relatives are French

Julie Delpy's new comedy deals with culture clashes, but in a strained way. 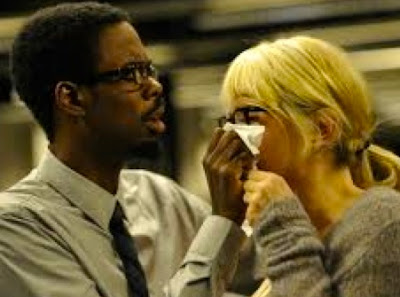 In 2007, Julie Delpy starred in and directed 2 Days in Paris, a comedy about a couple that traveled to Paris hoping to salvage a foundering relationship. Delpy has now moved her act across the ocean for 2 Days in New York, a comedy about a Manhattan-based couple trying to survive a visit from her amazingly intrusive family -- and one of her old boyfriends.

Delpy plays Marion, a French photographer who's living in Manhattan with her boyfriend Mingus (Chris Rock). Mingus and Marion seem to be getting along well enough until her recently widowed father (Delpy's real-life dad Albert Delpy) shows up with Marion's sister (Alexia Landea) and the sister's boyfriend (Alex Nahon). As it happens, the boyfriend used to date Marion.

2 Days in New York serves as a kind of ragtag sequel to 2 Days In Paris: Both Delpys, as well as Landea and Nahon, appeared in the earlier movie, which provides a foundation for this one. But, no, it is not necessary to have seen the first movie to get something out the second.

Delpy evidently likes the kind of complications frequently found in contemporary life. Marion has a daughter (the child she had in 2 Days in Paris). For his part, Mingus has a son from a previous marriage.

This time, the comedy centers on what some of have called culture clashes, but which struck me as strained comic situations. Marion's father is supposed to be endearingly crude, but can seem more the latter (crude) than the former (endearing), and the whole business plays as if Delpy wanted to make a ribald sitcom with lots of loopy undertow.

Delpy gives Marion a scattered quality that borders on frenzy, and Rock -- who's playing a talk show host -- does his best to make the transition from an annoyed but tolerant boyfriend to a guy whose patience is pushed to the limit.

In the movie's biggest piece of oddball casting, Vincent Gallo shows up as an art buyer who purchases one of Marion's works at an exhibition. She says she's auctioning off her soul to the highest bidder: Gallo's character is only too happy to play the devil.

How you react to 2 Days in New York probably depends on whether the movie inspires laughter or irritation. I leaned toward annoyance. Like Mingus, I found myself eager for these visiting French marauders to go home. Maybe the movie then could have taken a more convincing look at the relationship between Marion and Mingus.

Instead, Delpy turns her movie into a testing ground for a stream of situational humor and jumbled comedy -- only about a quarter of which struck me as amusing.