'Looper:' A tale of two Joes

A time-travel movie with lots of clever kick. 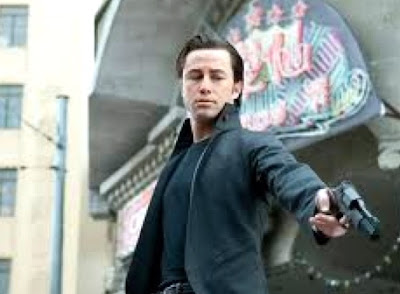 During its first 45 minutes or so, Looper feels like a smarter-than-usual helping of sci-fi, a noirish tale set in a grungy urban future that's realized by director Rian Johnson with a dreary panache that feels entirely appropriate. But (and here's where things get good) Johnson has more in mind than another dance with dystopia.

Looper also boasts a premise that's a bit of a doozy. By 2074, someone will have figured out how to time-travel. Fearing that a rogue traveler might alter the course of history, whoever runs things in this brave new future will have forbidden people from going back in time.

Outlaw anything and someone's bound to try to figure a way around the ban. So, it's no surprise that the mobsters of 2074 employ time-travel for devious ends. They send enemies back to 2044, landing them in lonely spots where assassins called "loopers" unceremoniously bump them off. It's a "neat" system that leaves the future uncluttered by such pesky evidence as corpses.

Here's how it works. An assassin living in 2044 -- the year in which most of Loopers takes place -- heads to a pre-designated spot, waits for his prey to appear and immediately starts pumping lead. Bam. Job done.

After work, a looper can relax with a hooker, do some recreational drugs or put away a little dough for retirement.

Joe (Joseph Gordon-Levitt) works as a looper, now and again checking in with his world-weary boss (Jeff Daniels).

At one point, Joe tells Daniels's Abe that he's learning French because he plans to retire in France. "I'm from the future. You should go to China," says a knowing Abe, who has traveled back from 2074 to supervise a string of loopers.

Daniels has a small part, but makes the most of it as a boss who finds his job annoying but necessary. And, oh yeah, if Abe picks up a hammer, you'd best run.

Of course, there's a hitch in all this. The mobsters of the future -- led by a character called The Rainmaker -- have decided to close all the loops. Put more simply, they've ordered hits on all the hit men.

After lamely trying to help a fellow looper (Paul Dano), it becomes clear to Joe that he also has become a target. He'll be terminated when he executes an older version of himself who'll be sent back from the future, an ingeniously malicious twist that propels the rest of the movie.

Kill the older Joe (Bruce Willis) and the younger Joe effectively will have eliminated himself.

When things go awry, the younger Joe winds up on the run. Did I mention that the older Joe has an agenda of his own? He wants to find and kill the child who's going to grow up to be the Rainmaker, a fiend whose minions attempted to assassinate Joe but wound up killing his wife.

Take a breath. Watching the movie is a good deal less complicated than trying to describe the intricacies of a plot that proves more than serviceable than it sounds.

The filmmakers have tinkered with Gordon-Levitt's appearance to make him look as if he might eventually turn into Willis. I can't say I bought it, but you either accept this cockamamie contraption whole or walk away. A scene in which the two Joes meet in a diner works in an archly tense way.

After a barreling start, Johnson -- who directed Gordon-Levitt in the indie movie Brick -- shifts the action to a remote farm where the pace slows, sometimes to the movie's detriment.

At the farm, young Joe meets Sara (Emily Blunt), a ferociously protective single mother who lives in isolation with her young son (Pierce Gagnon). As it turns out, this genetically mutated kid has hidden powers that help bring the plot to a compelling boil.

There are times, particularly when the story reaches the farm, when you may wonder whether Johnson has let the movie's motor stall. During such moments, may find yourself spending too much time looking for plot holes or trying to figure out exactly what has been done to alter Gordon-Levitt's appearance. Hang it there, though. Johnson wraps things up with an invigorating bang that helps you forget the parts where time wasn't traveling as fast as you might hope.


Posted by Robert Denerstein at 5:00 PM