Get thee to a nunnery -- in Tennessee

Novitiate explores the interior life of a devoted young woman, strains in the Church and the way of life in an isolated convent. 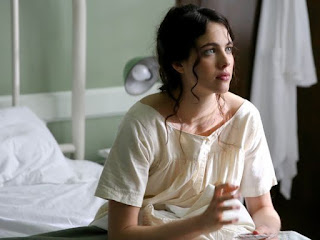 The time: 1964. The Sisters of Blessed Rose convent in Tennessee are so isolated they don't know about reforms taking place in their own church. Pope John XXIII and Vatican II have begun the difficult process of opening the Church to views that are foreign to some of its older clerics, especially Reverend Mother (Melissa Leo), the nun who presides over Blessed Rose.

Although director Margaret Betts focuses most of her attention on an aspiring nun (Margaret Qualley), Leo's Reverend Mother casts a long and sometimes harsh shadow over the proceedings in Novitiate, a movie about young women whose ages (most are in their teens) make it difficult for them to be as somber as their new surroundings.

Some of the questions that Betts raises about the Church and its adherents can feel imposed on the story, but Betts' filmmaking has a controlled assurance that keeps us locked into her movie in much the same way as the movie's nuns are cloistered in this fictional convent. We may not know why we're there, but, then, neither do all of these young postulates.

When pushed to temper her views, the Reverend Mother feels betrayed. She has devoted her life to behavior she sees as righteous. With the Church insisting on loosening the reigns, Reverend Mother's choices no longer make sense.

Reverend Mother is also disturbed that a patriarchal church can dictate what's appropriate for its female devotees. They'll no longer be required to wear habits.

Novitiate, the movie that contains all this turmoil, revolves around young women who are trying to understand their relationship to Jesus. They're eager to do the Church's bidding and marry Jesus but their love is touched by large amounts of teenage romanticism and inchoate longing.

Qualley's Cathleen was attracted to the Church at an early age, after having been taken to mass by her mother (Julianne Nicholson). No great believer, Nicholson's character views her daughter's entry into the convent as a tragic mistake.

So why does Cathleen want to become a nun? Her background may have influenced her decision. Cathleen's father (Chris Zylka) cheated on her mother before walking out on the family. Moreover, Nicholson's character doesn't seem able to provide her daughter with some much-needed stability.

Betts stops short of suggesting that Cathleen's decision derives entirely from her upbringing. Her commitment seems to arise from a mysterious place even Cathleen doesn't fully understand. Could her's be a case of true and abiding faith?

Betts doesn't take a judgmental attitude toward the nuns, especially the young aspirants. Cathleen and her fellow novitiates are being trained to combat their desires in order to focus entirely on God. That's a lot to ask of hormonally active teenagers, and not all the novitiates are sure of their calling. One young nun says she joined because she was inspired by Audrey Hepburn in The Nun's Story.

The key question posed by the movie -- and embodied in Qualley's luminous performance -- is whether the attempt to find a path toward God requires squelching kindly impulses, as well as the desire for physical human contact?

Early in the story, one of the sisters (Dianna Agron) leaves the convent because she can't reconcile the softness in her heart with the staunch methods imposed by Reverend Mother. And eventually, even the devout Cathleen can't contain her desires.

Betts leaves us in a state of uncertainty about what she's after: a study of one young woman's search for transcendence or an examination of the wrenching difficulties of changing deeply ingrained values -- or, more likely, both of those things.

Neither of those currents fully satisfies but both provoke interest and absorption.