A look at the life of Anton Yelchin 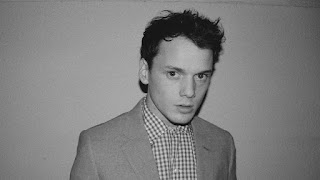 Even if you're not a fan of the late Anton Yelchin, who died in 2016, you may find something of interest in Love, Antosha, a documentary about the young actor's too-brief life. Yelchin was 27 when his Jeep Grand Cherokee rolled down his driveway, a freak occurrence that resulted in his suffocation when his car trapped him against a fence. Despite his youth, Yelchin boasted a heavy resume; he’d been acting since he was a kid — with relatively few breaks. He appeared in a staggering 69 films. Director Garret Price's documentary paints a portrait of a young man of varied interests and with acting chops that seemed universally admired by those who worked with him. There are no nay-sayers in Price’s look at Yelchin which includes interviews with his parents, with friends, and with fellow actors: Chris Pine, Kristen Stewart, and Zachary Quinto among them. Although he suffered from cystic fibrosis, Yelchin didn’t allow the illness to slow his roll. When he wasn’t acting, Yelchin thought about directing, took photos of Los Angeles’ seamier side, wrote, and worked as a musician. Some of Yelchin’s writings are read by Nicolas Cage. In sum, Love, Antosha explores the life of a serious young actor who may not have lived long, but who left colleagues and friends with indelible memories. He also left little doubt that any moment of his short life remained unlived.