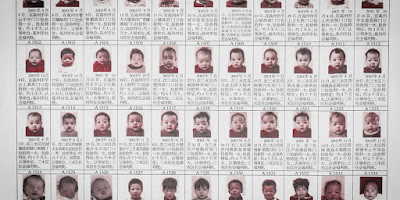 In 1982, China officially made a one-child policy part of its constitution. The thinking behind the one-child policy involved concern about what population growth could mean for China's future. China's leadership decided that the country's standard of living would double with the policy. Without it, China's population would swell to unsupportable levels.

Heavily propagandized and enforced at local levels, the one-child policy produced situations in which individual desires were trumped by the purported needs of China's vast collective. The policy was further skewed by a male-dominated culture in which boys were more highly regarded than girls. As a result, many baby girls were abandoned or sold to traffickers who, in turn, delivered them to orphanages where they became part of a profitable international adoption network.

Directed by Nanfu Wang and Jialing Zhang, the documentary One Child Nation outlines the policy in broad strokes and then bores down to show its impact on women, on families and on those who served as enforcers.

Wang's own family was impacted. As a rural woman, Wang's mother was allowed to give birth to a second child five years after the first. As a result, Wang has a brother. Now grown, Wang's brother acknowledges that had he been born a girl, he'd have been abandoned. The Wangs -- like many rural Chinese families -- put a premium on boys who could carry on the family name.

Wang, who now resides in the U.S., returns to China with her own son to interview a variety of people impacted by a policy with a widely acknowledged cruelty factor. Still, some defend the policy as having been necessary for the survival of the nation. The policy since has been revised and is now a two-child policy.

Narrated by Wang, One Child Nation tells a powerful story about a policy that reached into the U.S. as Americans adopted Chinese babies. As this part of the story unfolds, Wang introduces us to a Utah couple who created a database that can be used to help Chinese families connect with U.S.-based adoptees. Not all the U.S. adoptees are interested.

Be forewarned: Wang doesn't skimp on the horrific details of what the policy sometimes wrought: midwives performed enforced sterilizations and abortions were given to women who didn't want them. Many still suffer the emotional trauma of having abandoned infants.

Those who've studied other historical outrages will note a marked similarity in the rationales of those who executed the policy. All say they had no choice. The policy was made at high levels. They just carried it out. One midwife, says that as an act of repentance, she now devotes her life to helping infertile couples.

The filmmakers cover their bases lest the film be mistaken for a pro-life diatribe. Says Wang: the issue in China -- as in the U.S. -- boils down one of women controlling their bodies and making decisions for themselves.