'Luce': a complicated look at hope and race 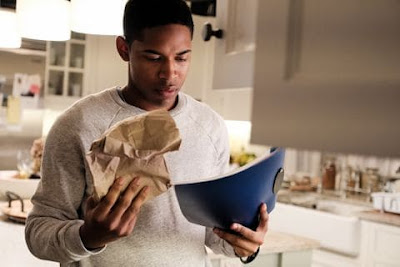 Watching Luce, a big-screen adaptation of a play by JC Lee, I kept thinking about playwright David Mamet -- not because the movie deals with middle-class delusions about life in a racially charged context, but because director Julius Onah establishes a climate that creates Mamet-like doubt about the truth of what transpires. Onah might have had just that in mind because he sets up a variety of oppositional forces: a mother’s belief in her son, a father’s hard-nosed skepticism, a teacher’s doubts, a bright young man's ability to role play and nearly everyone’s desire to see an outcome that confirms their preconceptions. A strong cast carries the story’s burdens with powerful conviction. Luce (a terrific Kevin Harrison Jr.) is an adopted child from Eritrea, who’s excelling his way through a college-bound senior year. Naomi Watts portrays Luce’s devoted mother and Tim Roth, his father. Octavia Spencer appears as one of Luce’s teachers; she appreciates Luce's intelligence but suspects that there’s something volatile brewing beneath the exemplary surface of the young man’s life. Onah, who also wrote the screenplay, adds a variety of additional issues to the mix, including sexual abuse of a female student (Andrea Bang) and the justifiable bitterness of another black student (Omar Shariff Brunson Jr). Unlike Luce, Brunson's character never gets the benefit of the doubt. The school's principal (Norbert Leo Butz) seems invested in telling whatever story he believes will make his school look great. I think it would be a mistake to view Luce as a movie solely about interracial adoption; it's more about the way people reveal themselves by investing their hopes in a promising young man. Onah deftly handles the movie’s many conflicting themes right up until an ending that isn’t entirely satisfying. Still, the movie’s willingness to tackle complex issues makes for provocative viewing, primarily because Luce pushes an audience to weigh the various positions of characters increasingly caught in a pressurized situation none of them entirely can control.