He watches life evolve without him

Brian Cranston stars in Wakefield, the story of a father and husband who withdraws from his life. 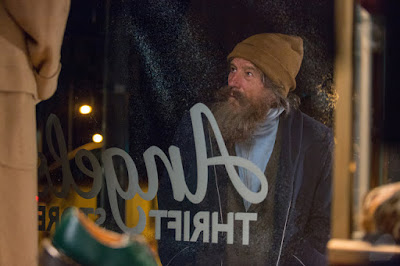 A capsule summary of Wakefield suggests that it's mildly miraculous that the movie ever got made. Here's a movie that takes place almost entirely inside of one man's head. That man, evidently at wit's end with his repetitive suburban life, suddenly deserts his job and family.

A night spent in his garage attic after a late arrival home turns into months as Howard Wakefield observes activities in his home through a window in the room where his family has been storing its junk. Howard becomes an observer of his wife and two daughters, and his thoughts serve as a narration for a movie about a selfish character who becomes a dubious spokesman for upper-middle-class men who hate their lives.

Never mind that Howard is a successful partner in a Manhattan law firm or that his wife, Diana, is beautiful or that his twin daughters seem to be growing up without any real problems. Howard is fed up with his marriage, but -- at the same time -- lacks the guts to tell his wife that he wants out.

If anyone but Brian Cranston were playing Howard, the movie might have been unwatchable. But Cranston takes us inside Howard's mind, allowing us to see what's happening in the house through Howard's often jaundiced, sometimes sarcastic point of view. Howard tries to make us conspirators in an act of unparalleled irresponsibility.

Director Robin Swicord, who also wrote the screenplay for Wakefield, uses flashbacks at times and eventually allows Howard to leave the house. His appearance degenerates: Starting as a competent looking executive, he morphs into a bearded bum, leaving his attic perch only when he must do some scavaging. He claims to feel a new-found freedom.

Wakefield takes a big risk: We're watching Howard watch the movie of the life he abandoned as he spews a stream of dialog that sounds as if it were lifted from a novel. At times, you wonder whether we should be reading Howard's story, not watching it.

As Howard's wife, Jennifer Garner does her best to define the stages of Diana's adjustment to Howard's disappearance: Grief and panic gradually give way to acceptance.

We also learn that during his marriage, Howard was prone to express unwarranted jealousy to his wife, even when she was doing little more than being sociable at parties.

I suppose the irony of all this is that if Howard saw himself as superfluous before his vanishing act, his disappearance only serves to reinforce his conclusion.

Perhaps it's best to think of Wakefield as an experimental movie with an A-list cast. The experiment proves only partially successful, perhaps because it's difficult not to be a little too aware of the pitfalls such a solipsistic story faces and the strategies Swicord uses to overcome them.