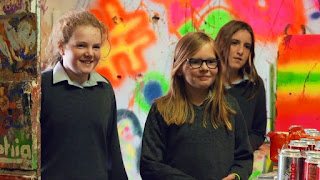 Some time after the film's debut at the 2017 Sundance Film Festival, someone decided to change the title of a winning new documentary from In Loco Parentis to School Life. In loco parentis refers to situations in which an educational institution assumes parental responsibilities for a young person.

When I was in college, issues of in loco parentis were routinely discussed in campus newspapers. I'm not sure discussions about the role of college administrations vis-a-vis the lives of their students are conducted in quite the same way anymore, but the initial title of School Days suggests a role for schools that goes well beyond classroom instruction.

That approach certainly applies to the Headfort School, Ireland's only primary-age boarding school and School Life's fascinating subject. I don't know if you can extrapolate larger educational meanings from School Life, but I do know that I would have loved to attend such a school, this one located on the remnants of a large estate.

School Life focuses on a husband and wife who have taught at Headfort for almost 50 years. Both are dedicated teachers who bring their own personalities to everything they do. The students at Headfort range in age from three to 13, but the film concentrates mostly on the older students.

Amanda Leydon teaches literature; her husband John Leydon teaches Latin. She supervises school dramatic productions; he helps students with their musical development, most of it centered on rock. John's demeanor and wry delivery may put you in mind of actor Bill Nighy, which -- for me at least -- created an instant fondness for the man. The Leydons manage to stay in touch with their students, even as they occasionally sneak off for a cigarette, blowing smoke out of a school window.

Because directors Neasa Ni Chianain and David Rane focus mostly on the Leydons, their documentary tends to highlight the arts. The film avoids spoon feeding us information, preferring instead to stay close to students and teachers in ways that allow us to draw our own conclusions about Headfort.

I would have loved to see how subjects such as mathematics, which John Leydon also teaches, and science are taught, but School Days certainly gives us a feeling for an institution that has been built on the idea that a kinder, gentler experience can achieve as much as those built around unflagging discipline.

Dermot Dix, the school's headmaster, discusses the Headfort mission on the school's Web site: "The children's happiness is central and precious."

At Headfort, that ideal doesn't seem to interfere with helping Headfort's students gain admission to some of the best Irish and British secondary schools.

The directors' approach precludes giving certain information, so I did a bit of research myself. By my rough calculations, the cost for Irish students who board at Headfort and who are over 10 years old is roughly $7,710 per term and about $2,400 more for students who do not reside in Ireland. The school offers scholarships for children under 10 and "a small number of bursaries" for older students who may not otherwise be able to afford private education.

According to the National Center for Education Statistics, the annual cost per pupil of students enrolled in public elementary and secondary schools in the U.S. was about $11,222 in 2013-14. According to the Private School Review, the national average private school tuition is about $9,975 per year. Private elementary school tuition is $8,918 per year and private high schools average about $13,524 per year in the US.

But money isn't the only measure of value. Lest potential parents worry that their students will be unable to compete, Headfort's web site assures readers that children are taught the national curriculum and work to standardized tests, but the school also emphasizes the hope that its students will become "critical, rather than dutiful, thinkers. At Headfort, we know that education is a means of liberation, rather than confinement."
Watching School Life convinced me that, at Headfort, these words transcend the usual brochure boilerplate. If the Leydons are any indication, everyone at Headfort practices exactly what the school preaches.