Looking for some peace and quiet

In Pursuit of Silence reminds us that silence really is golden. 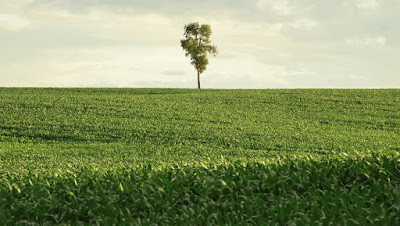 If ever there were a time for a documentary such as The Pursuit of Silence, it's now. Director, editor and co-cinematographer Patrick Shen has made a movie that reminds us of the necessity to find some peace and quiet -- and also that the two are intimately connected. We all know a lot about the opposite condition in a time when Kim Jung-un screams at Trump and Trump yells back at Kim, when TV news often consists of antagonists shouting at one another, when sporting events are filled with wall-to-wall noise having little to do with the games, when volume in movie theaters can be cranked to ear-splitting levels, and when the ubiquitous rings of cell phones are likely to jar the senses at any moment. When you watch The Pursuit of Silence, which informs us of the high decibel counts with which most of us live, you may find yourself longing to find a silent space. Even our national parks and forests aren't entirely immune to noise from passing cars or from planes passing overhead. Shen keys on composer John Cage as an early and important artistic proponent of silence, citing Cage's 4'33, a totally silent piece that he debuted in 1952. If you can't get away from the din of the city, you'll find a bit of respite in some of Shen's beautiful imagery, glimpses of Alaska's Denali National Park, for example. A tea ceremony in Kyoto made me wonder whether every world leader shouldn't be required to engage in such a ritual before giving a speech. Shen interviews experts on the impact of noise on human well-being and leaves us with a quote we'd all do well to inscribe on our doorposts: "Silence returns us to what is real." To use a popular phrase in a new context, "Maybe it's time we all got real." The above image, by the way, is one of the calm, meditative sights that Shen uses to put us back in touch with the silence many of us spend excessive amounts of time trying to avoid.
Posted by Robert Denerstein at 9:10 AM