Pop culture -- a history and an oddity

WHERE FUNNY GOT ITS START 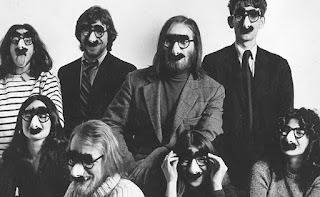 Popular culture seems constantly engaged moments of self-veneration, some of worthless activities and others of worthy phenomenon. Director Douglas Tirola's documentary, Drunk Stoned Brilliant Dead, tilts toward the worthy end of the spectrum as it chronicles the brief history and pop cultural influences of National Lampoon magazine. For me, the best part of this look at a magazine whose satiric irreverence still reverberates throughout the movie world involves seeing some of the people who became part of Lampoon family in their younger days, notably Bill Murray, Chevy Chase, John Belushi and Gilda Radner. But Tirola rightly spends more time with Doug Kenney, Henry Beard and Bob Hoffman, the comic minds who were instrumental in launching the magazine. Businessman Matty Simmons gets his share of the limelight: He helped create the Lampoon commercial empire, if that's not too grandiose a term for for the magazine's various spinoffs. Lasting from 1970 to 1988. National Lampoon, of course, became best known for a single cover, a photo of dog with a revolver pointed at its head. The caption: "If You Don't Buy This Magazine, We'll Kill This Dog". 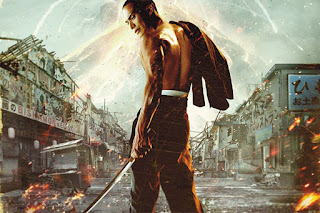 Japanese director Takashi Miike (Audition, 13 Assassins and Hara-Kiri: Death of a Samurai) strikes again with Yakuza Apocalypse, a movie that almost can't be separated from the word "midnight" -- as in "midnight movie." The term generally applies to films that refuse to be tamed either by convention or taste. This time, Miike gives us a movie featuring Yakuza vampires. Not enough? Add sword fights and a giant green creature who shows up late in the proceedings to trample the Earth; it looks like a cheesy Muppets ripoff blown-up to the size of a building. Yakuza Apocalypse is amusing for its sheer gall and for the way it throws many genres into Miike's Cuisinart without apparent concern for where the blood will splatter. Yakuza Apocalypse plays like a stream of consciousness movie in which the characters are caught in Miike's crazy flow. Yakuza Apocalypse may not be Miike's best, but it's willing to try just about anything in its pursuit of the occasionally repulsive and, more important, the outrageously nonsensical.