Rust and Bone pulsates with life, romance and bare-knuckle boxing. 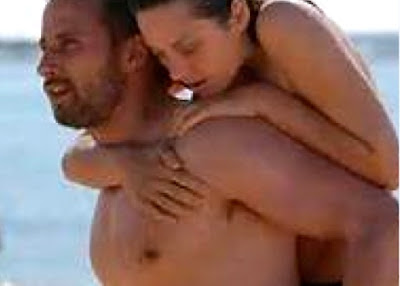 Director Jacques Audiard directs Rust and Bone, a romance between two people with bruised hearts, with refreshing boldness. Although some of the ingredients of Audiard's tale may sound familiar, they're given new life, thanks in part to the director's brash style and to a couple of vivid performances by actors playing two unlikely lovers.

Stephanie (Marion Cotillard) trains orca whales at Marineland, a seaside attraction in the town of Antibes on the Côte d'Azur. Alain (Mathias Schoenaerts), known as Ali, is a bare-knuckle fighter who meets Stephanie when he's working as a bouncer at The Annex, a rough Antibes nightclub.

Ali has a five-year-old son (Armand Verdure), but has no idea how to take care of the boy; he relies on his sister (Corinne Masiero) to tend to the child. It's clear that Ali is not trying to win any father-of-the-year awards. He plows from one situation to the next: head down, seldom looking too far into the future.

Into this already turbulent brew, Audiard adds a major shock: Stephanie loses both her legs when a whale jumps out of a pool during a performance. We begin to wonder whether Rust and Bone isn't going to settle into the rhythms of formula: Damaged beauty learns to live with her disability, perhaps with help of a back-street brawler.

It's just here that Audiard finds surprising success. He seems to understand that he's working with ingredients that could have inspired two separate movies, one about a woman's rehabilitation and another about a boxer finding his way back to his son. Instead of papering over differences, Audiard revels in the resultant collisions, allowing them to give the movie a sense of pulsating urgency.

Cotillard, whose legs were eliminated with skillful CGI work, creates a character who doesn't always react in expected ways. When she sees Ali fight for the first time, she smiles. She's a little thrilled by the violence -- and eventually, she takes over as Ali's manager, a role she assumes with confidence and pride.

The "romance" between Stephanie and Ali hardly has a hearts-and-flowers beginning. Ali, who never seems put off by his legless pal, sleeps with Stephanie after she tells him that she wonders if she still can have a sexual experience. He thinks she deserves a sex life, and offers his body in what appears to be part favor, part experiment.

Just because Ali sleeps with Stephanie doesn't mean that he's ready to curtail the rest of his sex life, which consists mostly of one-night stands that he conducts with near-aerobic zest.

Cotillard's acting prowess already is familiar to American audiences for her Oscar winning turn as Edith Piaf in La Vie en Rose or more recently for her work in The Black Knight Rises. Here, she makes a bitter beauty, a woman who's too strong to surrender control of her life.

Schoenaerts, who appeared in the hard-boiled Belgian movie Bullhead, is not nearly as well known to U.S. audiences, but he's perfectly cast. He tells Stephanie he fights for fun -- and he seems to mean it. His Ali is one of those characters who seems to operate totally in the present tense.

Best known for his landmark movie Prophet, Audiard allows the elements of his new movie to rub against one another in ways that can feel exciting. In a way, Rust and Bone is as much about bare-knuckle love as it is about bare-knuckle fighting.

Others have pointed out that, at heart, Rust and Bone is an old-fashioned movie. That's true, but it's to Audiard's credit that it seldom feels anything less than fresh.