A documentary chronicles the injustices suffered by The Central Park Five 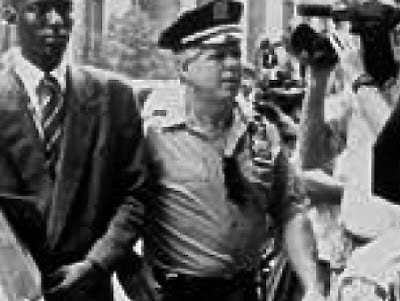 In the wake of the Connecticut school shooting, it may be time to redefine what we mean when we call a crime "horrific." Back in the more "innocent" days of 1989, few crimes seemed as horrible as the brutal beating and gang rape of a female jogger in New York's Central Park.

Whipped into a frenzy, New York's tabloid press indulged its hyperventilated blood drool. And when the police announced that the crime had been committed by five black teen-agers, emotions went through the roof.

Clearly, this was not a good climate in which to be a defendant in a high-profile case, particularly one in which several of the accused had confessed. Who -- reasonable people rightly asked -- would confess to such a heinous crime if they hadn't actually committed it?
The Central Park Five, a new documentary from director Ken Burns, his daughter Sarah Burns* and her husband, David McMahon, answers that question, and takes us on a journey that resulted in five innocent youngsters serving more than a decade behind bars. The kids were part of a larger group of teen-agers who may have been up to no good in the park on that awful night, but whatever they did, they did not rape and brutalize a 28-year-old jogger who was making her evening run.

A belated jailhouse confession from the real perpetrator coupled with DNA evidence eventually cleared The Central Park Five. Their sentences were vacated in 2002.

For Ken Burns, The Central Park Five represents a bit of a departure in style. The movie, which consists of news footage, current interviews with the men who were convicted (sans one who declined to talk) and with relevant authorities is a sobering account of how and why justice was so badly miscarried. It's impossible to watch The Central Park Five without wondering whether we're looking at an aberration or something far more common.

If all this sounds interesting, you probably want to watch out for West of Memphis, another documentary in which false confessions play a key role. Totally different milieu. Different horrifying crime. But West of Memphis raises many of the same disturbing questions about the efficacy of the criminal justice system.

*Sarah Burns also wrote a book about the case, The Central Park Five: The Untold Story Behind One of New York City's Most Infamous Crimes, Knopf, 2011.