More fizzle than sizzle in this romcom 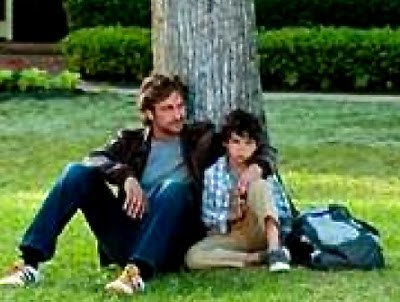 I don't know exactly when Gerard Butler became a mandatory presence in mediocre romantic comedies, but he seems to have been pigeonholed into a career that relies on his rumbled good looks, roguish charm and willingness to adapt to formula.

In Playing for Keeps, a romcom in which Butler portrays a former pro soccer player, the Scottish-born actor, has plenty of genre cliches to kick around, this time in a story that finds his character trying to win back his the former wife (Jessica Biel) he still loves and the young son (Noah Lomax) he barely knows.

Having squandered his fortune in ill-advised business deals, Butler's George Dryer is well on his way to becoming another has-been athlete. Scottish by birth and temperament, Dryer has moved to Virginia in vague hope of landing a sportscasting job and winning back the family he lost as result of irresponsible behavior; i.e., womanizing.

George begins to earn his chance for redemption when he takes on the job of coaching his son's soccer team, a task that also brings him into contact with a variety of sexually deprived soccer moms who are looking for bedmates and solace.

In this category, we find Judy Greer (needy and insecure) and Catherine Zeta-Jones (sexually aggressive and confident). They both play characters who want to sleep with Dryer, who's trying his best to behave himself.

Additional support is provided by Dennis Quaid, who signs on as a wealthy soccer dad who cheats on his wife (Uma Thurman), a woman who also tries to leap into George's bed.

The sexual situations are ripe for farce, but director Gabriele Muccino tempers the movie's PG-13 impulses with a story that's more interested in fuzzy feel-good sentiment than in becoming a playful sex romp. I guess kids' soccer and adult groping don't make for the greatest mix.

The script, credited to Robbie Fox, can seem disorganized and random. At the movie's midpoint, for example, you may find yourself wondering what happened to Quaid's character and why the script even bothered to include him in the first place. By the end, you'll discover that Quaid's Carl is around only to add a list-minute and totally unnecessary bit of plot business.

Because romance -- even at its most predictable -- needs obstacles, Biel's Stacie is engaged to be married when Dreyer arrives in Virginia. James Tupper portrays Stacie's little-seen fiancé, the most underdeveloped of several underdeveloped characters.

Many flaws can be forgiven in this kind of movie, but it's difficult to overlook the lack of chemistry between Butler and Biel, a deficiency that pretty much sabotages any chance that Playing for Keeps will rise above the mediocrity in which its so thoroughly drenched. A bland Biel fails to charm, raising a question that will make sense only to those who've sat through too many of these drippy romcoms: "Was Katherine Heigl otherwise occupied?"