A bland helping of down-home romance 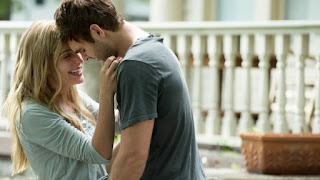 Country rock superstar Liam Page (Alex Roe) spends most of Forever My Girl trying to reunite with the woman (Jessica Rothe) he left at the altar to pursue a life of debauched celebrity. Page returns to his hometown of St. Augustine, Louisiana, eight years after stranding Josie in the church presided over by his father (John Benjamin Hickey). Liam gains some motivation in his quest to recover his small-town roots when he learns that shortly after he split, Rothe's Josie gave birth to their daughter (Abby Ryder Fortson). Writer/director Bethany Ashton Wolf slogs along a formula path in a bland movie punctuated by ... er ... nothing worth talking about. Let's just say that Forever My Girl is to the world of country rock or even country music what karaoke is to accomplished performance. The movie is so drained of character, Louisiana even seems to have lost its humidity.

This was truly a feel-good movie. A classic love story, with a wonderful storyline that hasn't been done 1000 times. It was charming and light-hearted yet kept you in the edge of your seat.