Denver critics pick the best of 2017 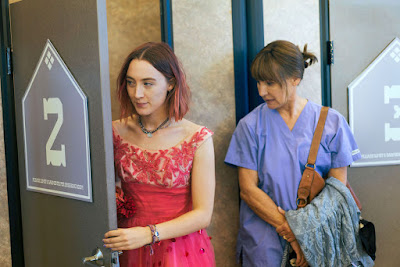 The 90th Academy Awards nominations will be announced Tuesday, Jan. 23. I suppose it's inevitable that this year's Oscars -- the broadcast at least -- will be dominated by #MeToo and #Timesup, continuing a trend of year-end ceremonies that have been dominated by issues about sexual assault and harassment. But before we learn who has been honored and who has been snubbed by Oscar, there's a bit of additional business to conclude; i.e., the announcement of the Denver Film Critics Association picks for the best of 2017. Most lists speak for themselves, so I'm going to offer this one without comment. Enjoy, and feel free to add your own choices.
Best Picture: Lady Bird
Best Director: Christopher Nolan, Dunkirk
Best Actor: Gary Oldman, Darkest Hour
Best Actress: Saoirse Ronan, Lady Bird
Best Supporting Actor: Willem Dafoe, The Florida Project"
Best Supporting Actress: Allison Janney, I, Tonya
Best Sci-Fi/Horror: Get Out
Best Animated Film: Coco
Best Comedy: The Big Sick
Best Original Screenplay: Get Out
Best Adapted Screenplay: Call Me By Your Name
Best Special Effects: War for the Planet of the Apes
Best Original Song: Remember Me, from Coco
Best Score: Dunkirk
Best Documentary: Faces Places
Best Foreign Language Film: Thelma
Posted by Robert Denerstein at 3:51 PM