'THE CURED:' A ZOMBIE FILM WITH MORE THAN BITE 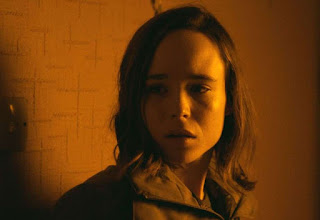 I'm sick of zombies, so it tells you something that I found The Cured to be a surprisingly effective movie based on a reasonably intelligent screenplay. My positive reaction also may have something to do with the fact that the movie takes place in Ireland and features a strong cast. Here's the set-up: A strange virus has turned many ordinary Irish men and women into vicious flesh eaters. Much damage has been done, but a cure has been developed. Many of those who were attacking their fellow citizens again have achieved normality. There are three catches: First, those cured of this terrible virus remember the havoc they wreaked. Second, some 25 remaining sufferers -- all locked in a secure facility -- have proven resistant to the cure. Third, those who never were infected are brutally prejudiced against those who were. Early on, Senan (Sam Keeley), a cured man, is released from quarantine and taken in by his sister-in-law (Ellen Page), a woman who lost her husband in an attack and who now lives with her young son. The movie may strike some as an allegory about AIDS or some other terrible affliction that produces both physical suffering and social stigma. Director David Freyne creates a chilly atmosphere as he sharpens a conflict between Senan and one of his newly released quarantine buddies (Tom Vaughan-Lawlor). It may be far from perfect, but The Cured has more on its mind than grit and gore. It also benefits from a cast that knows how to make us feel as if what we're watching is grounded in a world populated by real people.

'MIDNIGHTERS' HINGES ON ISSUES OF TRUST 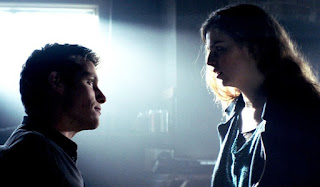 A couple drives down a lonely wooded road on New Year's Eve. If you've ever seen a horror movie or a thriller, you know that it won't be long before this husband and wife will hit something and their lives will change course. Of course, husband and wife, who've been drinking a bit, slam into a man who's standing in the middle of the road, as if waiting to be hit. From that point on, it seems as if Midnighters will be another horror movie about a dead person who refuses to stay dead. But director Julius Ramsay's debut feature proves more ambitious. The movie becomes a story about eroding trust among a group of characters whose troubles begin when they agree to cover up the accident that kicks off the movie. Lindsey (Alex Essoe) and Jeff (Dylan McTee) bumble their way through the initial cover-up. When Lindsey's younger sister (Perla Haney-Jardine) shows up, the script adds another layer of complication. The plot (and alas some brutal violence) thickens when a man identifying himself as a detective (Ward Horton) arrives, presumably to pose routine questions about the accident. The story seems an excuse to create a situation in which abundant betrayals either can be threatened or unleashed. The screenplay was written by the director's brother, Alston, who once worked as a speechwriter for Secretary of Defense Robert Gates. I wish Midnighters hadn't gone quite so far with a couple of torture scenes, but -- all in all -- the movie qualifies as a promising first feature.
Posted by Robert Denerstein at 5:35 PM