A father searches for his kidnapped son 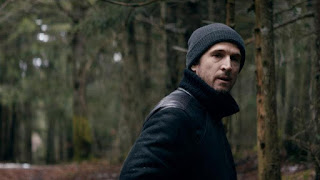 If Liam Neeson hadn't already starred in movies about persistent, enraged fathers trying to rescue their kidnapped offspring, the French movie My Son might have had more kick. Writer/director Christian Carion tells the story of a dad (Guillaume Canet) who tries to find his kidnapped son (Lino Papa). To carry out his search, Canet's Julien, who mostly has been an absentee father to the boy, must return to the French countryside where his former wife Marie (Melanie Laurent) has taken up with a new man (Olivier de Benoist). The hot-headed Julien quickly gets crosswise with Benoist's Gregoire, whom he suspects of having kidnapped the troubled boy as a twisted way of ensuring a problem-free marriage to Marie. Carion cranks up the tension as Julien finds himself moving through a variety of situations that call upon him to put his violent impulses to use. In the most notable of these, Julien uses a blow torch to induce an accomplice in the kidnapping to talk. Carion creates suspense but discards various important characters without explanation and leaves us with a bunch of questions about what we've just witnessed. Also missing: the kind of probing that would have turned My Son into a real exploration of a guilt-ridden dad who knows little about the son for whom he's searching.