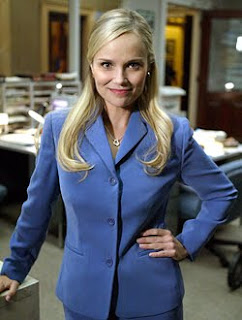 If you're looking to get a jump on Oscar and the Golden Globes, try the Broadcast Film Critics Association awards program, which airs 9 p.m. this Friday (Jan. 15) on the VH1 Television Network. Singer/actress Kristen Chenoweth (right) hosts this year's program. Chenoweth, familiar from TV's The West Wing, will preside over the BFCA's 15th edition.


Obviously, you need to watch to find out who'll win, but if you tune in you'll see one honor go to Kevin Bacon. Meryl Streep will present Bacon with the third annual Joel Siegel Award, named for ABC film critic Joel Siegel, who died of cancer in 2007. Siegel plied his trade on Good Morning America for more than 25 years. I didn't know Siegel, but I know people who did; they both liked and respected him.


Will the BFCA awards help you handicap your Oscar picks? The BFCA says yes, pointing out that since its inception in 1995, the Critics' Choice Movie Awards has become a bellwether event. Of the 20 actors and actresses nominated for Oscars in 2009, for example, 19 were Critics' Choice Awards nominees.


The BFCA is the largest film critics association in the U.S. and Canada; it represents hundreds of TV, radio and online critics, and, yes, I'm a member.

If you're keeping track, the Golden Globes -- awarded by The Hollywood Foreign Press Association -- will be broadcast on NBC at 6 p.m. (MST) Sunday, Jan. 17, and will be hosted by Ricky Gervais. The Globes attract lots of attention, but the HFPA -- according to its web site -- has only 82 members. And, no, I've never understood why folks get pumped up for the Globes, unless you're a nominee or a publicist looking for ad material.


All of this by way of warm-up for this year's Oscars, which will be handed out Sunday, March 7. The 82nd Academy Awards nominations will be announced Tuesday, Feb. 2.

If you haven't had your fill of awards after all this ... well ... there's always next year.

Posted by Robert Denerstein at 3:29 PM