Great story, but the movie's not terrific 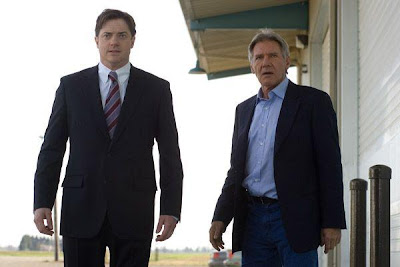 No, I never heard of it before either. I'm talking about Pompe disease, a genetic disorder that occurs in something like one out of every 40,000 births. The disease, which is related to muscular dystrophy, attacks muscles, most importantly, the heart. Though not widely known, Pompe disease resulted in an amazing story of enterprise, perseverance and passion. That story is told in gripping fashion in Geeta Anand's book, The Cure, and in less compelling ways in the new movie, Extraordinary Measures.

Extraordinary Measures is being billed as an inspirational story about a father's battle to save the lives of two of his children. The description isn't entirely unfair, but for me, the most intriguing part of the movie involved the strange and sometimes awkward dance that occurs when science tires to waltz with business.

Because large sums of money are required to conduct the kind of research that results in new drugs, the scientific/entrepreneurial complex offers both opportunities and frustrations. Extraordinary Measures hints at all of this, but tries to hook us with a story about two very different men: a businessman father (Brendan Fraser), who wants to save his children, and a genius scientist (Harrison Ford), who conducts high-level research.

I have to admit that I was disappointed to learn that the character Ford's playing is a composite of four or five different researchers. That may explain why the movie strains to give Ford's Dr. Stonehill a ton of idiosyncrasies. He's irascible, blunt and indifferent to social niceties, a beer-drinking loner with the personality of a thistle. Dr. Stonehill is the kind of artificial creation that's cooked up in a screenwriter's test tube. Ford, who served as one of the movie's executive producers, almost seems too big for a movie that can't entirely escape movie-of-the week limitations.


Still, Crowley's story remains of interest. Once he learned that his kids had Pompe, Crowley quit his job, raised money and formed a company to look for a drug that would prolong his kids' lives. While his wife (Keri Russell) tended the home fires, Crowley set out to ally himself with the best scientific minds. (In the movie, Megan is nine and Patrick is seven; in real life, they were 15 months and five months of age when diagnosed with Pompe. The family's oldest child, John, did not have the disease.)


Credit the movie with attempting to detail the complex relationship between science and business. Bottom line concerns can dominate biotech research, which means that Crowley had to display a wide array of diplomatic skills to help create a life-saving drug and to ensure that his children would be part of the various clinical trials in which it was tested.


The movie's director and screenwriter, Tom Vaughn, doesn't seem to have the chops (or maybe the budget) to bring off a richly realized dramatization. Extraordinary Measures is better than I expected, but it falls short of the kind of drama it could have been. And in movie terms, we've been down this road before with the better and more involving Lorenzo's Oil, the story of a couple whose son also contracted a rare disorder.

I still want to see it! I love Harrison.. surely it can't be that bad ;)