Part I of a two-part film prompts a mixed reaction. 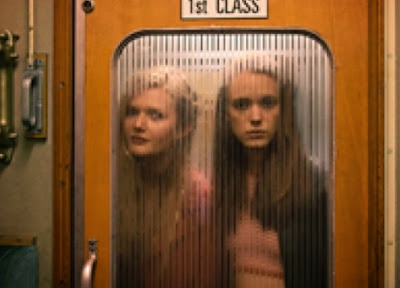 An older man discovers a woman lying in an alley. She's been badly beaten. He takes her home, puts her in his bed and begins nursing her back to some semblance of health and stability. She, in turn, tells him her story.

The set-up is nothing if not conventional, but when you know that I'm describing the opening of director Lars Van Trier's Nymphomaniac: Volume I, you'll understand that the movie has no intention of following a familiar arc.

As best as can be gleaned from Volume I -- reviewers have not yet had access to Volume II -- Von Trier has decided to explore female sexuality by pushing one woman's story to nymphomaniacal extremes.

We soon learn that Joe (Charlotte Gainsbourg), the bruised woman from the alley, has taken an aggressively pro-active approach to sex, taking up with what seems a never-ending stream of men. Joe's relationships are brought to us in a variety of flashbacks in which Stacy Martin plays Joe as a young woman.

This being Volume I, we're left to surmise what might have brought Joe to her moment of degradation in that damp back alley.

The screenplay makes Joe her harshest critic; her rescuer (Stellan Skarsgard) seems a man of infinite patience. He steadfastly refuses to judge Joe. Instead, he gives her quasi-philosophical pep talks as they sit around his monkishly spare apartment.

Skarsgard's Seligman rambles on about fishing and other matters. He loves Izaak Walton's The Compleat Angler, and tries to connect fly fishing to Joe's story.

This gives Von Trier an opportunity to create some beautiful fishing and stream imagery, which adds a sense of mystery, but doesn't exactly prove revelatory in terms of our understanding.

Principal among Joe's relationships is her intermittent connection with Jerome (Shia LaBeouf). As a girl, Joe asks Jerome to take her virginity. He obliges. She then runs into him at various times during the story.

Some of the movie has a near-comical tone. At one point, Joe and a girlfriend take a train ride. They compete over who can score the most conquests on the train.

Given her rampant sexual activities, it's hardly surprising that Joe becomes something of an expert on penises. Perhaps that's why Von Trier includes a series of shots of penises of varying types and description.

Is he suggesting that, for Joe, men have been reduced to this essential bit of equipment? Is he mocking male genitalia by calling attention to their strangeness when abstracted from the rest of the body?

We also learn about Joe's upbringing as the movie progresses. She tells us her mother was emotionally frigid. Her father (Christian Slater) seems to have been an understanding fellow who introduced his daughter to the wonders of nature. Von Trier punishes his apparent decency with a cruel death scene.

Von Trier also makes room for an appearance by Uma Thurman, who plays the wife of a misguided husband who believes that Joe's in love with him. Thurman's character arrives at Joe's apartment moments after her fleeing husband, who thinks he's about to move in.

To make matters even more bizarre, Thurman's character -- named in the credits as Mrs. H -- brings her two sons on her journey of revenge. How else to complete the humiliation of this poor sap, a man who apparently has misread everything about Joe?

Did Volume I leave me as eager for Volume II as I was for the next episode of Breaking Bad? Hardly. I'll certainly watch Part II, but I can't say I'd feel deprived if I didn't.

The movie's provocative title, its occasional obtuseness and its artful visual gestures may well create a mixed reaction for those who aren't entirely put off by the excessive nudity, sex and blunt language.

For me, though, the most shocking thing about Nymphomaniac, Volume I is that I didn't have a stronger reaction to it. Perhaps Volume II will light a stronger fire.


Posted by Robert Denerstein at 11:45 AM