More 'It' proves less than rewarding

The second chapter of Stephen King's massive novel has high points, but, overall, qualifies as a miss. 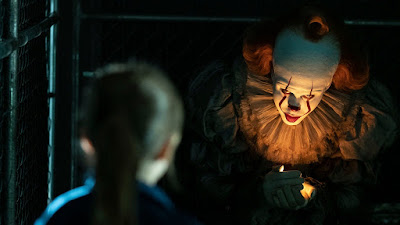 It Chapter Two, the eagerly awaited second half of the big-screen adaptation of Stephen King’s 1,000-page novel, feels more like a hundred chapters than the single, concluding act of a drama based on teen bonding and supernatural terror.

Not surprisingly, given the movie's nearly three-hour length and King’s pedigree, Chapter Two has high points (the psychology that brings adults in touch with their worst childhood memories) and low points (a bloated finale that’s so effects-oriented, it puts one in mind of second-rate sci-fi.

Normally, I don’t care about a movie’s length, but in the case of Chapter Two, length fatigue sets in, overwhelming the movie’s virtues. Moreover, last-minute attempts to add sentiment and uplifting instruction doesn’t connect emotionally.

The first movie, popular but very much over-rated, created enough of a fan base to ensure that this second helping will succeed at the box office. Moreover, a cast that includes Bill Hader, James McAvoy, Jessica Chastain, Isaiah Mustafa, and James Ransone) adds to the movie’s appeal, suggesting that this is no cynically motivated knockoff.

The story takes place 27 years after the first installment. As it turns out, Pennywise -- the lethal clown played by Bill Skarsgard -- returns in 27-year intervals, which means he's again ready to terrorize the idyllic town of Derry, Me.

Director Andy Muschietti, who also directed the first installment, skillfully uses the original’s young cast in flashbacks that help enrich the darkly hued adventures experienced by the now-adult characters of the first installment. Most of these adults don't want to travel to their hometown and only one of them (Mustafa's Mike) remembers exactly what happened 27 years ago.

Not a bad set-up, but Muschietti and screenwriter Gary Dauberman can't solve structural problems inherent in a story that doesn't flow smoothly through its various episodes. Instead, Muschietti lays out chapter after chapter, as each of the returnees confronts an individual horror before the group can unite for a meaningful stand against Pennywise.

I suppose one major question emerges: Is the movie scary?

The answer depends on what you consider frightening. For me, the scares arrive in the form of fun-house attractions augmented by lots of high-end CGI. Muschietti takes full advantage of Pennywise’s shape-shifting abilities, sometimes to comic effect, as the clown transforms into a variety of bizarre creatures and desiccated demons with skin problems.

There are jump scares, to be sure, but it almost feels as if Chapter Two has been designed around the “horror” sequences rather than allowing the horror to emerge naturally (or supernaturally, if you will) from the story.

No faulting the performances, I suppose. Some care has been taken to ensure that the young actors evoke their adult counterparts (except possibly for McAvoy). Among the adults, Hader makes the strongest impression as a stand-up comic in the midst of a mid-level career.

I could go on and talk about the insight (yes, there is some) exhibited in Chapter Two, particularly in the way it understands the humiliations, fears, abuses, missed opportunities and embarrassments of childhood. I also could mention a gratuitous and very cruel prologue in which town bullies attack two gay men at a carnival.

But I’m going to put Chapter Two to rest by saying that the movie might have been more entertaining at two hours. Put another way, I’ll ask this question: Does anyone really want to take a three-hour theme-park ride? If you do, you’ll probably be happy with Chapter Two.

Otherwise, you may find a movie that wears you out before it has the sense to conclude.